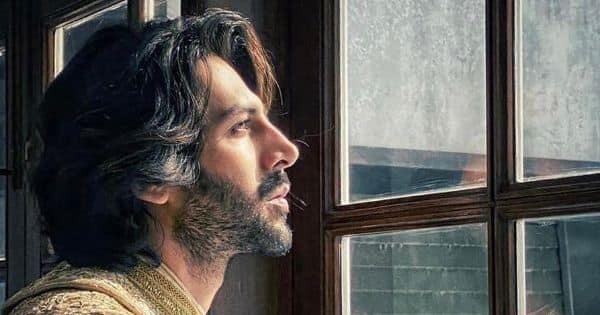 Kartik Aaryan is one of the most sought after actors in Bollywood right now. Throughout the lockdown, he has kept fans entertained with his videos on social media. It seems he is all set to face the cameras once again in December. This time, it is for a project by Ram Madhvani. He is known for his superb hijack drama, Neerja (2016) and Aarya, the web series with Sushmita Sen in the lead. The movie will go on floors in the first week of December. This has been reported by the tabloid, mid-day. It seems Kartik Aaryan loved Neerja and has watched the film multiple times. Filmmaker Ram Madhvani had discussed quite a few scripts with Kartik Aaryan over a year, but he liked a thriller as he has never done a film in that genre. Also Read – Bhool Bhulaiyaa 2: THIS popular TV star to play Tabu’s husband in Kartik Aaryan-Kiara Advani’s horror comedy

A source told mid-day, “The film will be shot at multiple locations in Mumbai in a start-to-finish schedule. Though planned as a month-long schedule, the makers have left a two-week buffer, in case any unforeseen situation arises.” It seems pre-production work is on in full swing. The hunk sported long hair as he became a muse for Manish Malhotra for his fashion show. It seems the character has long hair. Also Read – Kartik Aaryan posts a pic in a Batman tee, but his caption might raise eyebrows

The source further told the tabloid, “Kartik has begun prepping for the film. Though he was initially waiting for the COVID-19 curve to flatten before stepping out for work, he eventually decided to resume work with this project. After wrapping up this movie, he will return to the universe of Bhool Bhulaiyaa 2 in February 2021.” Ram Madhvani will start work on the second season of Aarya in Dubai next month. He will be there for almost one month before he returns to India by end of November. Also Read – Bhool Bhulaiyaa 2: Kartik Aaryan and Kiara Advani’s horror-comedy to resume shooting next month