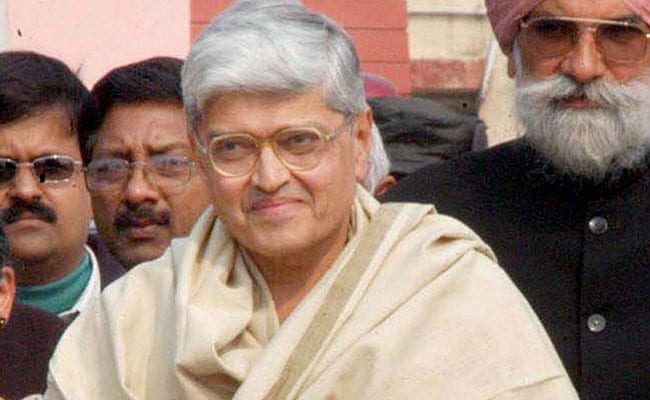 Gopalkrishna Gandhi called for the need to reconsider the country’s economic policy.

India would have been better equipped to deal with the coronavirus pandemic had it followed a different economic policy than the one that is causing huge urbanisation and migration of farmers towards cities, said Mahatma Gandhi’s grandson Gopalkrishna Gandhi.

He as speaking in Hindi through video conferencing at a function organised to mark the 101st Foundation Day of Gujarat Vidyapith in Ahmedabad on Sunday.

Mr Gandhi called for the need to reconsider the country’s economic policy as the one that encouraged industrialisation and urbanisation, causing “huge population unsettlement” and forcing farmers to migrate to the cities in large numbers, only spurred the COVID-19 pandemic.

“Economic policy of liberalisation, privatisation, or globalisation, whatever we call it, caused a huge population unsettlement, and not resettlement. The way the population is growing in cities is fanning today’s (COVID-19) pandemic,” he said.

“Will not the pandemic increase due to the movement of the population towards the city? It is more than necessary today to reconsider our economic policy,” he said.

“Had we followed a different policy, we should have got more hospitals, hostels for nurses, lab technicians, and not giant industrial projects at government level, and large numbers of temples, mosques, at social level.

“Had we followed a different policy, we would have been much better equipped to fight the pandemic,” said Mr Gandhi, a retired diplomat who also served as West Bengal governor from 2004 till 2009.

“Even when this pandemic goes away, the threat of a new pandemic will remain, unless issues of massive population displacement, urban squalor, lack of hygiene and negligence of people are addressed,” he further said.

“This pandemic has come after 100 years, but who knows, a new virus may emerge every year,” Mr Gandhi said, adding that it is the poor who suffer because of those who during an outbreak forget the rules of social distancing, wearing masks, sanitisation etc in the name of festivals.

“Our country, and the entire world is trying, and to some extent succeeding, in controlling the (COVID-19) disease. But if we forget rules in the name of festivals, then who will be affected the worst? Those who are poor, who have six to ten people living in one room, those living in slums etc. They will be the worst hit,” he said.

In his speech, Mr Gandhi said farmers have addressed the issue of the country’s food security, but policies adopted by the government forced them to migrate towards the cities.

“If there is anybody saving our country today, it is our farmers. At the medical level, our doctors, nurses, lab technicians, sanitary workers, are like gods to us. When they work by risking their lives, they are god-like. If we look at the economic, political and social level, our farmers are saving the country,” he said.

However, Mr Gandhi said, a policy which claimed farmers are increasing in number and need to be shifted from agriculture has led to such a situation, and all those who did nothing to improve this policy are culprits.

Mr Gandhi said India needs to adopt policies like the one by Gujarat Vidyapith Chancellor Ela Bhatt who has empowered women through her organisation Self-Employed Women’s Association.

“Had we followed similar policies at the national level, we would not have been in a situation like this,” he claimed.

Gujarat Vidyapith was founded by Mahatma Gandhi on October 18, 1920, and was accorded the status of a deemed university in 1963.