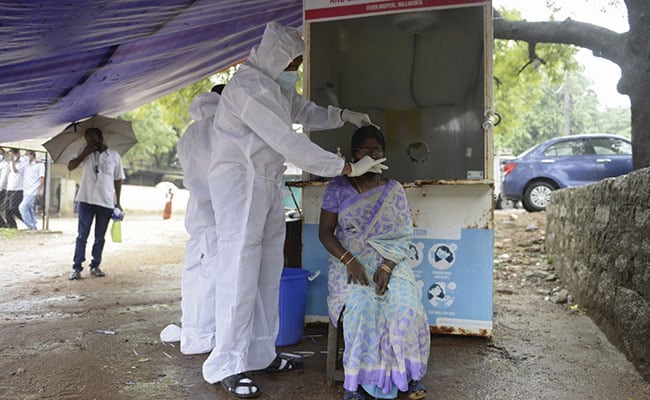 A government-appointed committee has said that India has crossed the coronavirus peak and predicted that the epidemic could be brought under control by early next year if all measures are followed. But the onset of winter and upcoming festivals may increase susceptibility to the infection and laxity at this point can again lead to a spike. Relaxation in safety measures can lead to a significant rise. It can be as much as “upto 26 lakh cases within a month,” the committee said, adding that only 30 per cent of the population has developed immunity so far.

The committee underscored that protective measures must continue. “If all protocols are followed, the pandemic can be controlled by early next year with minimal active cases by February end,” the panel has concluded.

The total number of infections by the time the epidemic ends, could be about 105 lakh (10.5 million). The current figure is 75 lakh.

In the absence of lockdown in March, India’s total deaths could have exceeded 25 lakh by August this year, the committee said. Currently, the country has logged 1.14 lakh fatalities.

Lockdowns, however, are now undesirable and should be in place only in narrow geographical areas. The country, the panel said, should now move towards full resumption of activities.

There is some evidence that large gatherings cause rapid spread, the committee said, pointing to Kerala, where after the celebration of Onam festival from August 22 to September 2, a sharp rise was observed September 8. The infection probability increased by 32 per cent and the effectiveness of medical response dropped by 22 per cent for Kerala in September, the committee said.

The committee was appointed to come out with “Indian National Supermodel” — a mathematical model for Covid-19 — that can shed light on the likely trajectory of the pandemic in India. Its members are from IITs and branches of  the Indian Council of Medical Research, the country’s nodal body in the fight against coronavirus.