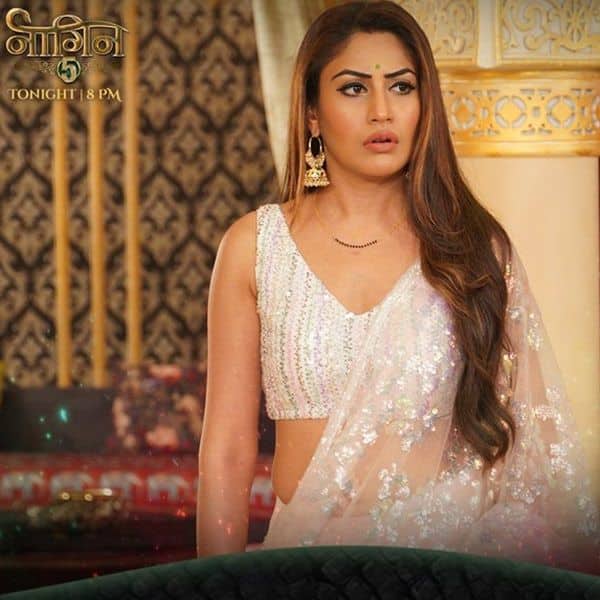 In the last night’s episode, we saw how Sakura, who is disguised as Veer, saves Bani from falling to the ground. Jay is pissed with Sakura (Dheeraj Dhoopar) since the latter failed to keep his promise. Bani (Surbhi Chandna) accidentally finds gandhak patthar (the red stone) and is unaware of its magical powers. Balwant knows what gandhak patthar is capable of doing and looks worried when he finds the red stone is not in the taykhana (safe house). Also Read – Naagin 5: Sharad Malhotra opens up on returning to the sets; says, ‘Surbhi Chandna, came up to me and told me that she was happy to have me back’

Balwant (Parag Tyagi) asks Veer if he has taken the gandhak patthar. Veer denies as he is clueless about the red stone since he is an impersonator of the real Veer (Sharad Malhotra). Balwant tells Veer that only he can control the unimaginable power of the stone. He informs Jay (Mohit Sehgal) about the red stone and the latter goes to find it. Also Read – Naagin 5 written update, 17th October 2020: Bani questions Veer’s identity as he enjoys watching the red stone attack Balwant and others

When Bani opens her closet, she accidentally releases the gandhak patthar which starts attacking the cheels including Balwant who asks Veer to control its powers. Veer dodges the attack from the red stone while Balwant gets the taste of it like others. Having an evil smirk on his face, Veer enjoys watching the cheels suffer at the hands of the red stone which prompts Bani to question Veer’s identity. Also Read – Let Naagin 5’s Bani Sharma aka Surbhi Chandna teach you how to pose in a saree — view pics

In tonight’s episode, we will see Bani controlling the red stone with her powers. She will capture the red stone in her hands and save all the cheels from its wrath. Balwant will confront Bani who will later find out that the gandhak patthar has disappeared from her possession.

Veer and Bani then look for the red stone since they both control its power and use it at their own will. They reach a secluded place from where Veer turns into a cheel and flies away to capture the gandhak patthar.

Keep watching this space for live updates on Naagin 5.