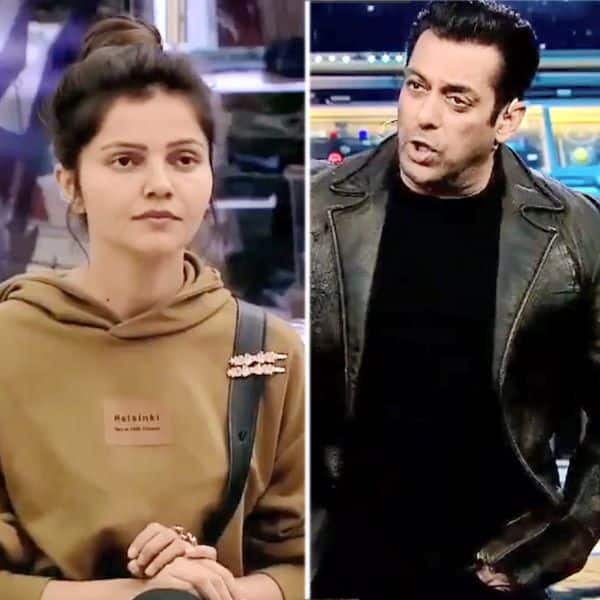 Bigg Boss 14 is turning out to be really interesting. The contestants have put a good show since the second week began and we have some really amazing performances this time. All the contestants have made it point that they are visible in the house. Rubina Dilaik is considered as one of the strongest contestants of this season. She has had her own point of view since the first day. Rubina has been raising her voice against anything she feels is wrong. Be it, seniors or freshers, she does not fear to raise her voice against anyone. However, this time she has taken a stand against Bigg Boss himself. A promo has released now where we see that just before the weekend ka vaar begins, Bigg Boss assigns a task to the contestants. He asks them to decide that between Nikki and Rubina who’s brain is filled with garbage. Rubina Dilaik is not happy with this task and gets up and says that I am not a part of this task. Also Read – Bigg Boss 14: Vindu Dara Singh says, ‘Nikki Tamboli will not win, she’s like the vamp of the show’; also PREDICTS the show’s winner

Shehzad Deol tells her that this cannot happen without her. She then says that she is not a garbage bin. The contestants tell her to take it as a task only. Rubina says that she has a problem with Bigg Boss saying ‘tumhare dimag mein kachra bhara hai’. She then declares that she has opted out of this task. Later Salman Khan meets the contestants and he tells Rubina that her point is unacceptable that she has a problem with the rules made by Bigg Boss. He questions Rubina what is she doing in the house if she does not want to participate in this task. Rubina then questions Salman Khan and asks if she is not allowed to keep her point. Salman Khan says that it is her fault. Salman Khan tells her that it has been only two weeks and how has she taken the show for granted. Also Read – Bigg Boss 14: Do you think Nikki Tamboli will break her friendship with Jaan Kumar Sanu and Nishant Singh Malkhani?

Rubina Dilaik says that she found it disrespectful. Salman Khan replies and says, ‘Aapmaan toh abhi take hua hi nahi tha’. Salman then tells her that she had said that she will not be a part of this episode as she did not get her clothes. Rubina says that she did not knew that she will be scolded for her point of view. Salman Khan is angry with this and said, “Madam, mai apse badi tameez and aadab se baat karra hu. Maine ab take apni voice upar nahi ki hai. Yeh galat hai aur yahi aapko bhari padne wala hai.” Also Read – Guess The Price: Hina Khan’s custom-made salwar kameez she wore on Bigg Boss 14 can buy you a cheap laptop