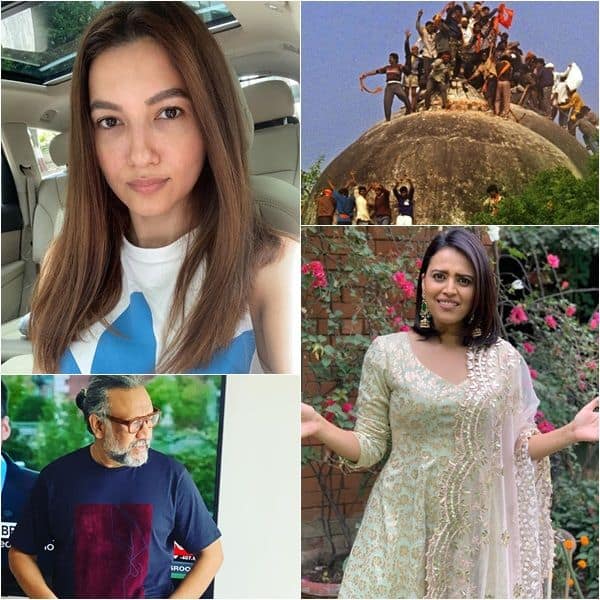 Several Bollywood celebrities on Wednesday reacted to the news of acquittal of all 32 people accused in the Babri mosque demolition case of December 6, 1992. B-Town celebrities took to their verified Twitter accounts to react to the development. Filmmaker Anubhav Sinha shared in a sarcastic retort: “Congratulations Mr Lal Krishna Advani you are now acquitted of the charges of single handedly drawing a bloody line across the soul of this country. May God give you a very long life.” Also Read – Sanjay Dutt to Supreme Court: I bought weapon to protect family

Filmmaker Hansal Mehta was also caustic in his comment: “The Babri Masjid Demolition was an Act of God.” Actress Gauahar Khan shared: “But of course! It was an earthquake! Hahahhaha. The joke is on us !” Actress Swara Bhasker wrote: “Babri masjid khud hi gir gaya tha (the Babri masjid had fallen by itself).” Actor Sushant Singh expressed: “Na koi aya tha, na kisi ne koi masjid banai thi (Nobody had come, nobody had constructed a mosque) #RIPJustice.”