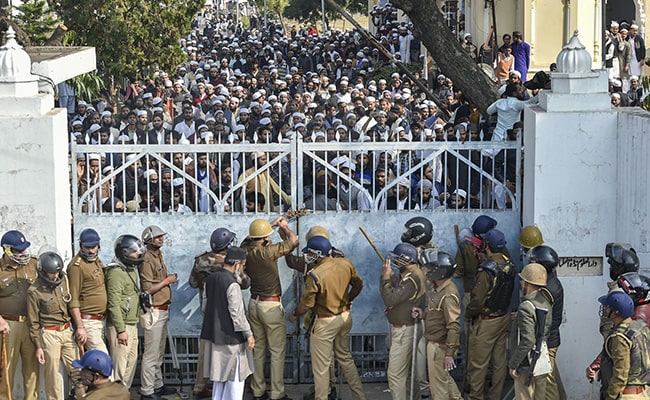 The Intelligence Bureau is all set to hold its annual conference with state police chiefs in the last week of November and this time it will be entirely virtual. The focus of the conference, also expected to be attended by Prime Minister Narendra Modi, Union Home Minister Amit Shah and National Security Advisor Ajit Doval among others, will be the role of the police in managing disasters but also cover agitations, radicalisation and social media, sources said.

“This is going to our first virtual conference. Due to COVID-19 travel restrictions are there and also large congregations are not allowed so this time all station heads would join this virtual conference from their respective stations,” a senior Intelligence Bureau official told NDTV.

According to him, the role of social media in instigating violence and riots is also going to be one of the main items on the agenda for states and intelligence agencies to dwell upon.

“The legal aspects of taming this wild medium are also on agenda,” said a senior officer.

Two Ministers of State – Nityanand Rai and GK Reddy along with the Union Home Secretary – will also attend the three day-long virtual meet besides heads of central investigating agencies and paramilitary forces.

In last five conferences, PM Modi had spent two days with top officials and had actively participated in discussions. “This time also we assume he would be part of discussions for two days,” said an officer adding that progress on last year’s goals will also be reviewed in this conference.

The theme of the conference last year held in Pune was scientific and forensic-based investigation as well as technology enabled policing.

This year, a special presentation is being made on COVID-19 warriors and role of uniform force in tackling the pandemic. State police chiefs have been requested to work on what all challenges men in uniform faced during the pandemic.

“As this is going to be a virtual show so we can expect few interventions and questions,” states a senior state level officer.

According to him, the purpose of the police chiefs’ conference is to spur bonhomie between senior officers so that inter-state operations do not suffer.

Earlier Director Generals of Police or DGP conferences were organised by the IB in Delhi but 2014 onwards PM Modi insisted these conferences should be held in other parts of country also.

Since then, the conferences have been held in Guwahati, Kutch, Hyderabad, Tekanpur and Pune.