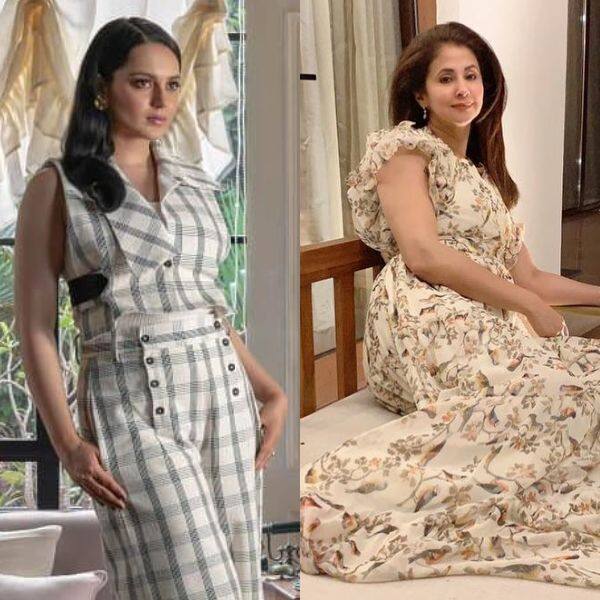 Kangana Ranaut said that she saw a derogatory interview she felt that Urmila Matondkar mocked her. She said it was not tough for her to get a ticket. She said that someone like Urmila Matondkar who is not exactly known for her acting skills also got a ticket in politics. Kangana Ranaut said that Urmila Matondkar was known for doing soft porn. Needless to say, this left fans of the Rangeela actress rather upset. In her long career, she has delivered some versatile performances. Who can forget Bhoot or Janam Samjha Karo? Also Read – Trending Entertainment News Today – ‘Industry offered me 2-minute roles, item numbers after sleeping with hero,’ says Kangana, Siddharth Pithani reveals Sushant feared for his life after Disha Salian’s demise

Dear @KanganaTeam have ever watched ‘Ek Hasina Thi’, ‘Jungle’ ‘Rangeela’ or ‘bhoot’??? @UrmilaMatondkar is not only a better actor but a far more better human being than u. u r nothing but trash.#UrmilaMatondkar it’s wrong 2 use #kangnapagalhai cause u r not crazy but dangerous

U know for an actress of such a stature ur words n behaviour was top notch cheap @UrmilaMatondkar I believe u too r under d influence of d party u represent. Madam itna overdrama karne ki jaroorat nahi thi. #UrmilaMatondkar https://t.co/yh5Zkbeko8

If we talk very neutrally on both actress, Both are superstars.. Both have done many good roles & some bad roles on screen.
But when it comes to filthy & bullshit talking, rubbish nautanki off screen..@KanganaTeam wins over @UrmilaMatondkar #KanganaRanaut #UrmilaMatondkar https://t.co/wVryWVaqsc

Well, Urmila Matondkar had also called Kangana Ranaut a ‘Rudali” in one of her interviews. It looks extremely distasteful to see such esteemed women throwing dirt on one another on huge platforms.