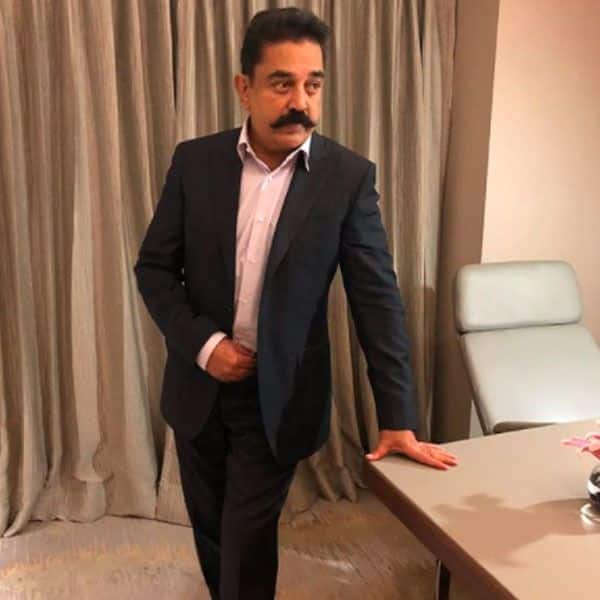 Yesterday, filmmaker Lokesh Kangaraj revealed that he will be announcing his next today at six and he kept the promise and made us happy with his new venture, which already looks a winner. After working with Thalapathy Vijay and Karthi, the filmmaker has collaborated with Kamal Haasan for a film, which is titled Aandavarukku Nandri. The film will be produced by the actor under his banner Raaj Kamal Films International and the music will composed by Anirudh Ravichander. This will be Kamal Haasan’s 232nd film. Well, looking at the crew, we are sure that once again Lokesh will impress us with his extraordinary storytelling. Also Read – Master and Kaithi director Lokesh Kanagaraj announces his next project with Kamal Haasan titled Aandavarukku Nandri

Talking about Lokesh’s next venture, Master featuring Thalapathy Vijay and Vijay Sethupathi, was scheduled to release in April but got delayed due to the pandemic crisis. It is bankrolled under the banners of XB Film Creators and Seven Screen Productions, and also stars Arjun Das and Shantanu Bhagyaraj in pivotal roles. In the recently held audio launch, the actor praised his costar, Vijay Sethupathi, and said, “Vijay Sethupathi has now become a person who cannot be avoided. We have seen many negative characters, but his role in Master will be special. I asked him why he agreed to do the film and he shut me down by saying four words — I really like you.” Also Read – From Nanban to Shankar Dada MBBS: 5 South films inspired from Bollywood blockbusters

Appreciating his director, Thalapathy Vijay said, “With Maanagaram, Lokesh made us notice his talent. His next film Kaithi made us watch it again and again. Lokesh has a special talent. Being a banker, he has managed to do a film like Maanagaram, which has a complex script. He won’t even have a scene break-up paper in his hand on the set of Master and I was confused seeing this. I wondered how to work with him for the next few months. Later, I realised, Lokesh is not just a planner, but a master-planner.” The actor concluded the speech with a punch-line to his haters, “Kill them with your success, bury them with your smile. Sometimes, if we have to stay true, we have to be silent.” So, are you excited for Aandavarukku Nandri? Tweet and let us know @bollywood_life. Also Read – Bigg Boss Tamil 4: Kamal Haasan looks impressive in this new BTS video