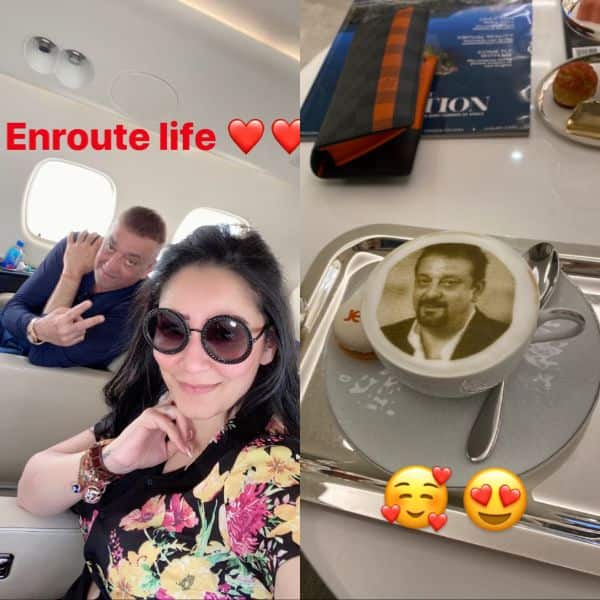 It is turning out to be a terrible year for Bollywood from all ends. We have lost huge talents, social media trolling is at its peak and there is news of bad health as well. Sanjay Dutt was diagnosed with advanced lung cancer a couple of months back. He has travelled to Dubai for his further treatment. Maanayata Dutt shared a selfie from the plane with a caption, ‘Enroute Life’. He had his preliminary treatment in Mumbai’s Kokilaben Dhirubhai Ambani Hospital. There were talks that he might fly down to the US or Singapore for treatment, but they are going to Dubai. Also Read – Maanayata Dutt is ‘Enroute Life’ as she travels to Dubai with hubby Sanjay Dutt for his treatment

As we know, Dubai has one of the best medical facilities in the world. Rahul Mittra, who is the producer of Torbaaz and a long-time friend of Sanjay Dutt clarified speculations around his health some time back. He said, “This is utter rubbish. Sanju is undergoing preliminary treatment in Mumbai and results of certain tests have yet to come. He’s a fighter and will come out of this too as a winner – I don’t have an iota of doubt on this and this reaction is just not based on emotion but facts too. Please stop speculating, and if still you have to do something, just wish good for him.” This was after rumours of his deteriorating health surfaced all over. Also Read – Sanjay Dutt’s wife Maanayata shares an inspiring post on facing fears as the actor battles cancer; says, ‘Face everything and rise’

Maanayata Dutt had given a statement befoe, “For those asking, Sanju will complete his preliminary treatment in Mumbai. We will formulate further plans of travel depending on how and when the Covid situation eases. As of now, Sanju is in the best hands of our esteemed doctors at Kokilaben hospital. I request everyone, with my folded hands, to stop speculating the stage of his illness and let the doctors continue to do their work. We will update you all regularly with his progress.” He completed his work for Shamshera before he left for his treatment. Also Read – Sanjay Dutt shoots for Shamshera after finishing his first round of treatment