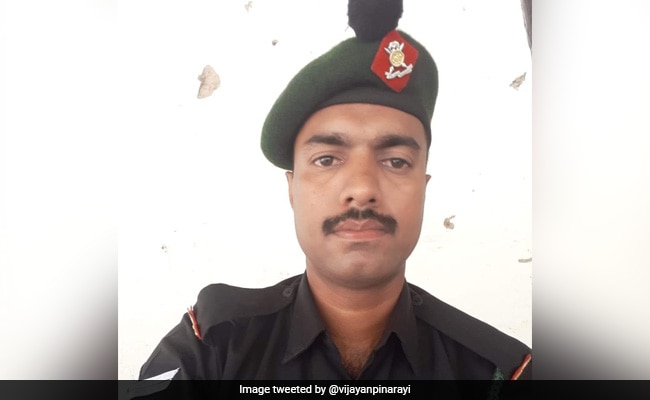 “Aneesh Thomas was a brave, highly motivated soldier,” read a press release from the Defence Wing

Soldier Aneesh Thomas lost his life after a ceasefire violation by Pakistan in Sunderbani Sector.

Pakistan had violated the ceasefire in the Sunderbani sector of Jammu and Kashmir on Tuesday.

A press release from the Defence Wing read, “Pakistan Army resorted to unprovoked ceasefire violation along the line of control (LoC) in Sunderbani Sector, District Rajouri (J&K). Own troops responded strongly to the enemy fire. In the incident, Naik Aneesh Thomas was critically injured and later succumbed to his injuries.”

Soldier Aneesh Thomas was a brave, highly motivated and sincere soldier. The nation will always remain indebted to him for his supreme sacrifice and devotion to duty, it said.