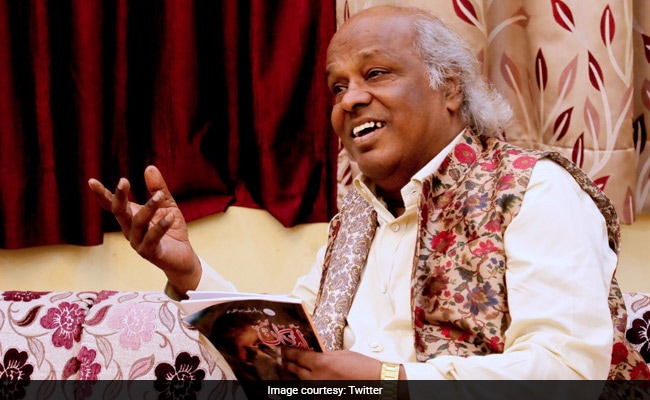 Lyricist-writer Swanand Kirkire remembered renowned Urdu poet-lyricist Rahat Indori as the “fearless voice of their times,” reported news agency PTI. Rahat Indori, the 70-year-old teacher-turned-poet, died of a heart attack while being treated for COVID-19 at a hospital in Indore on Tuesday. Mr Kirkire, who was also born in Indore, said the legendary poet commanded full attention of his audience and people would not mind waiting till 3 or 4 in the morning to listen to him. “Rahat sahab was my elder as I also come from Indore. This is a very big loss to me, personally and as a poet. I have been listening to his work since my childhood days. He was a scholar,” he told PTI.

“He was a fearless voice of our times. He always said what he wanted to say fearlessly. If you want to compare him with a western star, then in that sense he was a rockstar. People used to line up at odd hours just to listen him. They would keep seating till Rahat sahab started his mushaira,” he added.

The lyricist said he has heard stories about mushairas where the audiences would leave if they heard him first. This is why he would be the “showstopper” at such poetry gatherings.

With a 50-year career in poetry, Rahat Indori was known for the lyrics of songs like Chori Chori Jab Nazrein Mili from Kareeb (1998), Koi Jaye To Le Aye from Ghatak (1996), and Neend Churai Meri from Ishq (1997). His lyrics were used in 11 Bollywood films.

Swanand Kirkire recalled that Rahat Indori wrote songs for films for some time but he was disappointed, so he returned to poetry.

“He knew that he was not meant for films. He got all the love from the live performances that he did. He was a big star in his own sense. He didn’t need any music and would just stand in front of his audiences, giving them an experience of a lifetime. His rendition was so different and so unique,” said Mr Kirkire.

Swanand Kirkire, who has written songs for films such as Lage Raho Munna Bhai, 3 Idiots and Parineeta, said Rahat Indori was not someone who used to show his ”dadagiri” (hegemony) over Urdu language.

“He was a poet who spoke to people. He would converse with them in their language. He used to love everyone, from youngsters to elder people. I have met people who have fallen in love with him,” he said. “It is a big loss. There were mushairas and events just because of him,” he added.