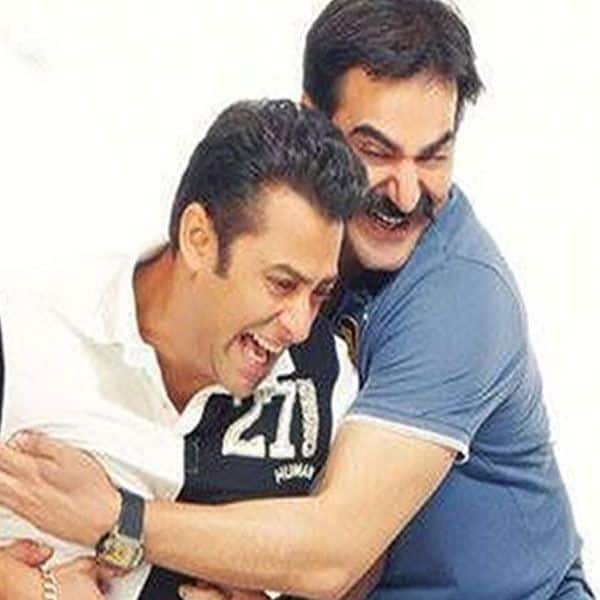 Bollywood actor, director and producer Arbaaz Khan is celebrating his 53rd birthday today. In his film career of around two-and-a-half decades, the actor is best remembered for movies like Daraar, Maa Tujhe Salaam, Garv: Pride and Honour, Shootout At Lokhandwala, Dabangg and others. However, what the audience loved the most was the camaraderie between him and his superstar brother, Salman Khan, in films like the Dabangg franchise, Hello Brother, and especially, Pyaar Kiya To Darna Kya. Talking about Pyaar Kiya To Darna, it is not only special to us, but also for the ‘Khan Daan’ as it was the first collaboration between Salman, Arbaaz and Sohail Khan (the director). Also Read – Anurag Kashyap admits to not agreeing with brother Abhinay Kashyap; says, ‘He told me to stay out of his business’

It was the film, which truly began the trend of a ‘shirtless Salman Khan’, and while the chemistry between Arbaaz and Salman in the film is fondly remembered to date, you’ll be surprised to know that the birthday boy was not the first choice for Pyaar Kiya Toh Darna Kya. Sohail had earlier planned to take Sanjay Dutt for the role of Vishal Thakur, but later decided to go for his two real-life brothers. Pyaar Kiya To Darna Kya turned out to be grand musical hit with songs like O O Jaane Jaana, Teri Jawaani, Tum Par Hum Hai Atke Yaara ruling the charts. It also featured Kajol, Dharmendra, Anjala Zaveri, Aasif Sheikh, Kiran Kumar, Kunika Laal and Nirmal Pandey in pivotal roles. Also Read – It’s Awkward! Arbaaz Khan picking his nose, Neha Kakkar adjusting her hair after visiting the salon – these pictures are certain to tickle your funny bone

Arbaaz Khan made a success directorial debut with Dabangg 2, but didn’t helm the third installment as Prabhudheva came on board for it. When asked the reason behind this, Salman Khan exclusively told us, “We didn’t want Arbaaz’s BP (blood pressure) to shift. His BP levels are very good right now, and we didn’t want his BP to go high again. So, Arbaaz himself had suggested that we should take someone else to direct it (laughs), and that’s how we got Prabhudheva on board.” Also Read – ‘Not interested in fighting this any other way,’ says Arbaaz Khan as he takes legal action on Abhinav Kashyap’s money laundering allegations