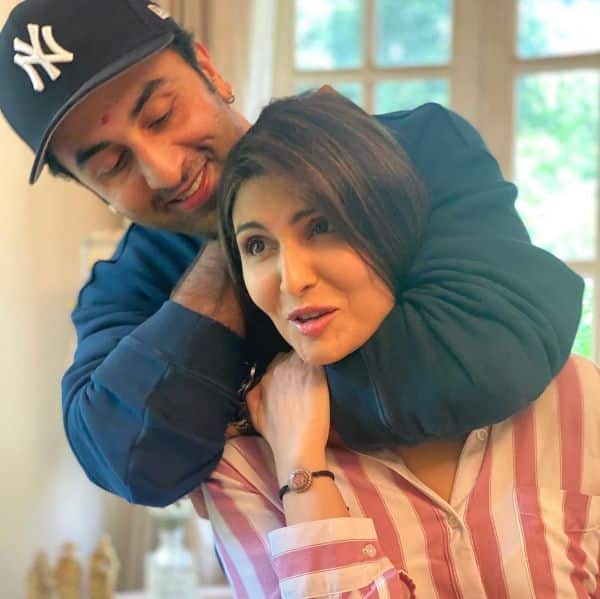 Yesterday, it was Rakhi and Bollywood celebrated with their kith and kin. We have some beautiful celebration pictures. Neetu Kapoor took to social media to share clicks of Ranbir Kapoor and Riddhima Kapoor Sahni. The Kapoor’s celebrated Rakhi with a huge family lunch. All the cousins were present including Kareena Kapoor Khan and Saif Ali Khan. In the picture, we can see Riddhima Kapoor Sahni and Ranbir showering love on one another. She is wearing a white and pink striped shirt and pants while he is a cap and black tee with denims. As we know, the siblings are very close. Also Read – Happy Birthday, Sanjay Dutt: With KGF 2, Sadak 2, Shamshera and other biggies, Bollywood’s ‘original Baba’ is set to entertain us with a bang

Riddhima Kapoor Sahni has come down from Delhi to Mumbai after the demise of Rishi Kapoor. She could not make it for the cremation but attended the final rites. Since then, she is staying here. Riddhima Kapoor Sahni made the journey from there to Mumbai via car. Her daughter Samara is also with them now. It is a known fact that both the kids are very close to their mom, Neetu Kapoor. Also Read – Trending Entertainment News Today: Ranbir Kapoor-Alia Bhatt to work double shifts for Brahmastra shoot, Kanye West has bipolar disorder

Neetu Kapoor’s post got a lot of love from Sikander Kher, Karisma Kapoor, Soni Razdan, Sonali Bendre and others. Some days back, it was her birthday. Riddhima Kapoor Sahni made sure it was a swell family affair with balloons and cakes. Her birthday bash was attended by Karan Johar and Shweta Bachchan. Alia Bhatt wished her with a lovely message. Also Read – Brahmastra: Ranbir Kapoor and Alia Bhatt to do a double shift to complete the shoot

On the professional front, Ranbir Kapoor will be seen next in Brahmastra and Shamshera. There are some portions of both the films left to be shot.