How do you promote gender equality on our roads? Well the civic body in the country’s financial capital Mumbai, the Brihanmumbai Municipal Corporation (BMC) has come out with a novel idea to do exactly that. A traffic signal in Dadar in Central Mumbai is now displaying pictures and graphics of women in the pedestrian lights and boards. Maharashtra’s Tourism and Environment Minister Aaditya Thackeray, shared the information on social media. He said,”If you’ve passed by Dadar, you’d see something that will make you feel proud. BMC is ensuring gender equality with a simple idea- the signals now have women too.”

If you’ve passed by Dadar, you’d see something that will make you feel proud. @mybmcWardGN is ensuring gender equality with a simple idea- the signals now have women too! pic.twitter.com/8X0vJR8hvQ

We’re still a long way from ensuring gender equality specially on Indian roads. An overwhelming number of drivers on our roads are men and that is the case with pedestrians as well. For all these years pedestrian signals and boards too have only displayed men. This change is set to get a huge thumbs up from pedestrains and road users in Mumbai. While it could also be an abberation for some, who are not used to witnessing a sight like this. Nevertheless a step like this is surely going to make public spaces more inclusive for women. 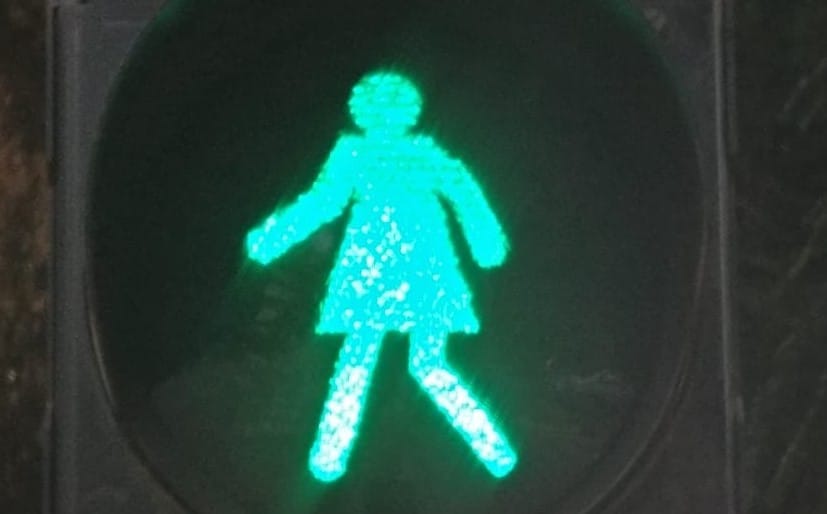 It is still unclear if this idea will be repeated at some other places in the maximum city.

It is still unclear if this theme will be repeated at some other places in the maximum city. The brain behind the idea is said to be Kiran Dighavkar, who is an Assistant Commissioner in the BMC. He is also credited for stopping the spread of deadly Coronavirus in Dharavi, Asia’s largest slum that is located not too far from this traffic signal. His efforts in containing the virus have also earned praise from the World Health Organisation.