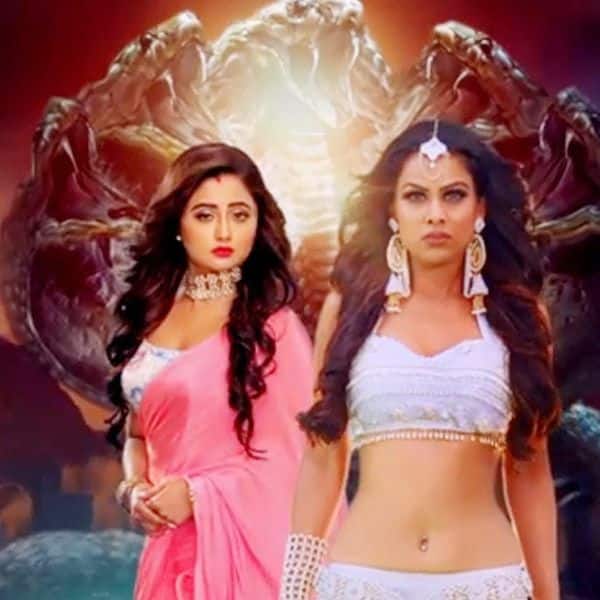 Tonight’s episode of Naagin 4 starts with Brinda’s foster mother running and coming to Lord Shiva (Laal Tekdi) temple and gets followed by Shalaka. Brinda tries to explain that his family is involved in the murder of the original properties owners of their business, Dev’s mother uses a trick and makes a false reason of ankle twist so that Brinda’s topic get diverted. But Brinda realises that Dev’s mother is just acting and she warns her that tells that soon Dev will come to know everything about her. Vrushali reveals that she knows that Brinda is a Ichchadaari Naagin but she gets surprised when Brinda reveals that she is the daughter of Maanyata. Also Read – Naagin 5, Taarak Mehta Ka Ooltah Chashmah, Parth Samthaan — here are the TV newsmakers of the week

In the next frame, we see Shalaka continues to find Brinda’s foster mother. While Shalaka comes to kill her mother, she herself attempts suicide and makes sure all the bamboos fall on her. Later by trick, Vrushali sends Dev with turmeric at Hardik’s in-law’s place. Brinda tells Shalaka in front of everyone that he is going to divorce her but by magic Shalaka makes sure that goes with Dev at Hardik’s place. Later Brinda’s mother call her to tell that whatever Dev is doing, he is not by himself but some powers are making him do forcefully. Shalaka takes Dev to Laal Tekdi temple as she wants to kill Brinda’s mother but she escapes. Also Read – Aly Goni denies rumours of dating Jasmin Bhasin; says, ‘She is my best friend, I am waiting for that special someone to walk into my life’

Later Brinda attacks Shalaka and takes Dev to her home. She meets her mother but Dev comes from behind and kills her mother. Shalaka comes to know this and we see that it was her strategy, which made Dev kill her Brinda’s mother. Brinda thinks that it’s Dev, who kiled mother. Tomorrow, we will see the finale episode, where Surbhi Jyoti, Adaa Khan, Hina Khan will make appearance. Also Read – Naagin 4: ‘I had so much fun working with everyone,’ says Surbhi Jyoti, on shooting the finale with Nia, Adaa and Rashami