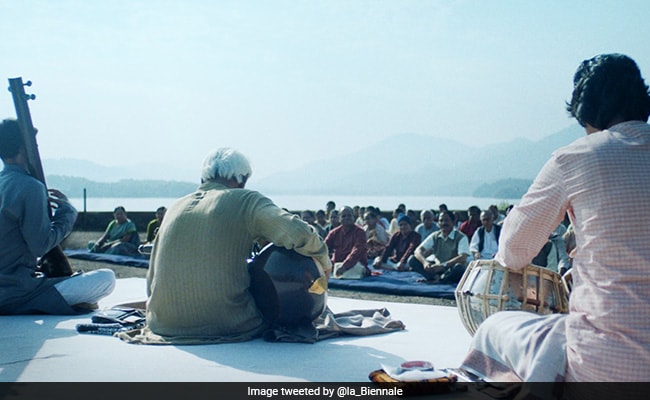 National award-winning director Chaitanya Tamhane’s new Marathi film The Disciple has been selected in the Competition section of the 77th edition of the Venice Film Festival. The Disciple will represent India at the prestigious festival along with Ivan Ayr-directed Meel Patthar (Milestone), which will bow into the Horizons category. The gala, to be held from September 2 to 12 on the Lido, will be the first major international film event to take place physically since the beginning of the coronavirus pandemic.

The Competition section fetes up to 20 feature films from across the globe for world premiere, whereas Horizons (Orizzonti) is an international competition dedicated to films representing new aesthetic and expressive trends in world cinema.

The Disciple marks Tamhane’s return to Venice after he won the Best Film – Orizzonti and Lion Of The Future Award for Court in 2014.

Court, poignant commentary on India’s judicial system, also won the National Film Award for Best Feature Film in 2015 and was India’s official entry for the Best Foreign Film at the 2016 Oscars. Tamhane called the selection of The Disciple in the competition segment “an important milestone” for the Indian independent cinema.

“Over the last 76 years, the competition in Venice has showcased some of the absolute best films in cinema history. It is an overwhelming feeling to know that The Disciple has been selected for this honour. I want to thank the Venice film festival for showing this faith in my work once again after Court. This is an important milestone for not just us but also for the Indian independent cinema movement,” Tamhane said in a statement.

Producer Gomber also called it a historic moment for the Indian cinema. “I hope this puts a global spotlight on our Indian film fraternity and makes it easier for new voices in our country to get a chance to follow their paths and dreams,” he added.

The director”s most recognised work is the crime drama Soni. The film, which later released on Netflix, was met with positive reviews for its commentary on patriarchy across classes and the performance of its lead actors Geetika Vidya Ohlyan and Saloni Batra as two Delhi Police officers.

Soni premiered in the Horizons section of the 75th Venice International Film Festival.

Mira Nair’s Monsoon Wedding was the last Indian film to feature in the main competition at the Venice Film Festival and win the coveted Golden Lion in 2001.

Hollywood star Cate Blanchett is the president of the main competition jury this year. The Festival’s recent titles include universally-acclaimed movies such as Roma, Joker and The Birdman.