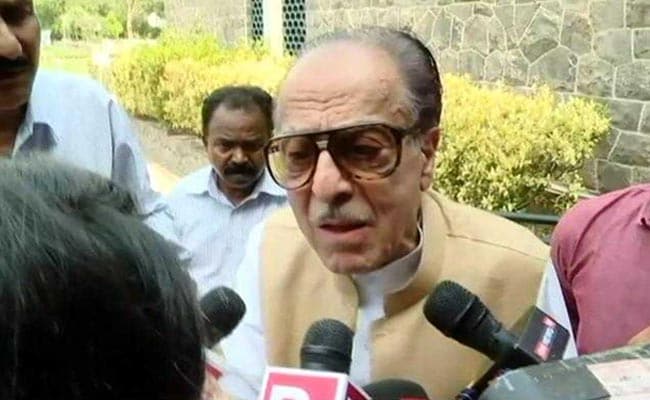 Congress leader and former Union Minister Saifuddin Soz is “free and not under detention,” the Jammu and Kashmir administration today told the Supreme Court, which is hearing a petition by the politician’s wife asking for his release and for him to be brought to the court.

The petition, which said Saifuddin Soz had been illegally detained, was disposed by the Supreme Court, which accepted the administration’s statement.

Saifuddin Soz was “never detained nor under house arrest” and there are “no restrictions on his movement subject to security clearance,” the affidavit said, calling his wife’s petition false, frivolous and baseless.

“There is no restriction on the movement of Professor Saifuddin Soz to any place, subject to security clearance which is contingent upon law and order and security situation of that area. Professor Soz has never been placed under any detention, as alleged,” said the affidavit filed by the Special Secretary of the Jammu and Kashmir administration.

It also said Mr Soz had travelled out of Jammu and Kashmir on at least two occasions by air in October and December, 2019.

Senior lawyer and Congress leader Abhishek Manu Singhvi argued that the J&K administration’s affidavit was “contrary to facts” but Justice AM Mishra said: “We will not enter into it any further.”

Mr Soz later said he took “strong exception” to the government stand in the Supreme Court that he had neither been put under house-arrest nor had faced any restrictions since August 5, 2019, when the centre scrapped special status to Jammu and Kashmir under Article 370 and divided it into two union territories.

Scores of politicians were detained and movement was restricted as part of massive security curbs following the shock decision. Former Chief Ministers Farooq Abdullah and his son Omar Abdullah were released in March.

“The government has resorted to falsehood as it had unlawfully incarcerated me since August 5, 2019. All this while I was not allowed to move out of my premises,” Mr Soz said.

He confirmed that he had travelled out twice, when he had to visit his unwell sister and when he went to Delhi for medical advice.