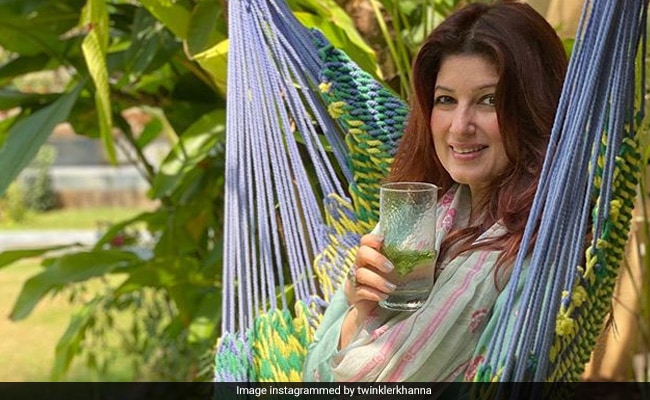 Besides her writing desk, Twinkle Khanna loves to spend time in her garden and her many Instagram posts prove that. The 46-year-old author, who frequently posts pictures of her lush green garden on the photo sharing application, added another one to her collection. She posted a picture of a Champa tree with a few birds. In her post, Twinkle revealed that all the creatures were always around her, it’s just that she was too “busy” to notice them. In her post, Mrs Funhybones wrote: “This morning on the oddly growing Champa tree, there is another pair of birds. My world these days is filled with all sorts of creatures. A rat brushed its furry body over my bare leg, we had a snake making its way through the garden, two bright yellow butterflies flew into my bedroom. All these creatures were always around, I was the one who was too busy to see them.”

A few days ago, Twinkle Khanna shared a video of birds, referring to them as her “pals,” she added, “My two pals are back to seek shelter from the rain. Perhaps this is a version of anthropomorphism, but they seem to behave in a distinctly familiar way. One shrieking out grievances, reassurances follow and then some French kissing. #LoveBirds.”

Here are some more posts that reflect Twinkle Khanna’s love for foliage :

Twinkle Khanna is a celebrated columnist and the author of bestselling books such as Pyjamas Are Forgiving, The Legend Of Lakshmi Prasad and Mrs Funnybones. She is also an interior decorator, the owner of The White Window, and a film producer. Twinkle Khanna also runs a digital content company called Tweak India.