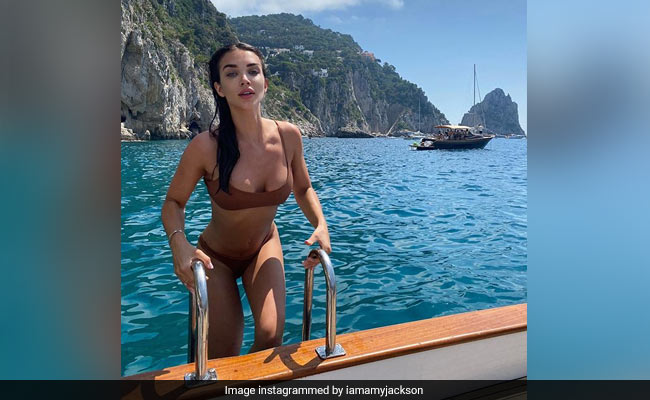 Amy Jackson and fiance George Panayiotou packed their bags for a trip to Italy and filled up their vacation albums with stunning holiday photos. From taking a swim in the deep blue waters and driving along the Amalfi coast to walking around the cobbled street ways of Capri and sun bathing on the beach – Amy Jackson ticked off everything from her bucket list. Amy, who appears to have returned to her home in London, confessed that her heart is still in Italy: “Left a little piece of my heart here,” she captioned a bunch of photos from her vacation recently.

When in Italy, the 28-year-old actress had turned her feed into a vacation album. Amy started off with a tour of Italian town Sorrento, eating gelato and pasta as she went along. Photos of her road trip in a vintage car looked right out of a fairy tale. She even had “thumb-war championships” with George Panayiotou on the trip. “Unforgettable,” Amy Jackson described her days in Italy.

Amy Jackson and fiance George Panayiotou got engaged in January last year and hosted an engagement party later in May. They welcomed their son Andreas in September. Amy was last seen in Rajinikanth’s robot drama 2.0, co-starring Akshay Kumar, with whom she’s shared screen space before. Amy Jackson has starred in a handful of films and is best known for her roles in Singh Is Bliing, The Villain and Freaky Ali.