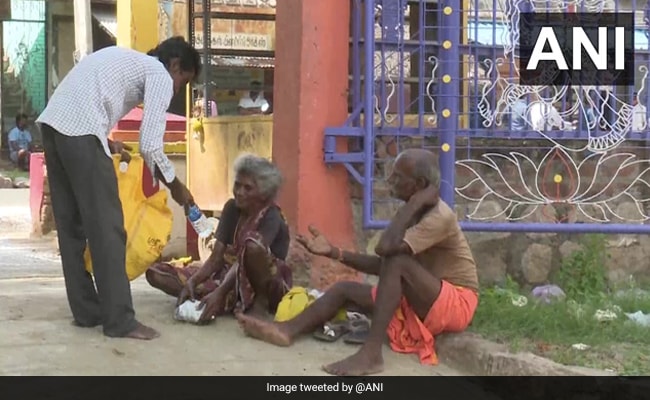 Tamilarasan spends a part of his earnings to feed the poor and homeless people. (ANI)

While the earning of lakhs of people across the country have taken a hit due to the COVID-19 pandemic, hundreds of people are stepping forward to help each other, and a shining example of this has come from Tamil Nadu’s Madurai.

Tamilarasan, a tea seller in Alanganallur, Madurai spends a part of his earnings to feed the poor and homeless people during these tough times.

“I sell tea on a bicycle every morning and evening in the surrounding villages of Alankanallur, Mettupatti and Pudupatti from which I get decent daily income,” Tamilarsan said.

“Whenever I sell tea, I give free to the poor and needy who flock at the roadside and near the temple gates. I also reserve a portion of my income which goes solely into feeding them thrice a day,” he added.

He also said that his dream was of setting up his own shop in the region and helping more people who belong to a weak economic background. He said that he had applied for a loan in the past but the application got rejected as he had no collaterals to provide to the bank.