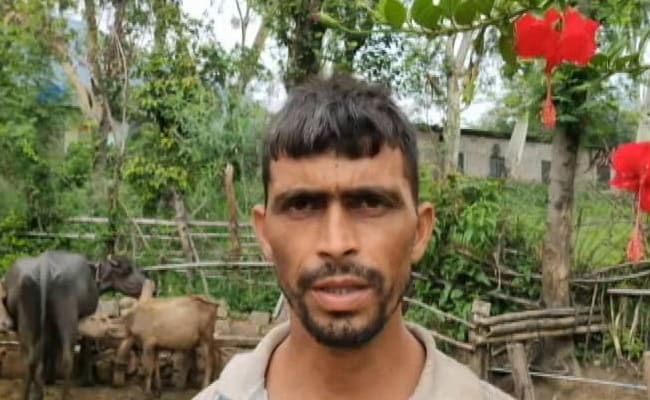 Kuldeep Kumar was offered his cow back but he refused, an officer said.

In a moving story of parents’ sacrifice for their children and the terrible financial position the coronavirus pandemic has landed the poor people in, a man in a village in Himachal Pradesh’s Kangra district sold his cow to buy a smart phone and pay the school fee of his daughter, ensuring the highly communicable disease does not strip her of the opportunity to learn.

As schools across the country are imparting education through the Internet because of the pandemic, Kuldip Kumar wanted to buy a smart phone for his daughter’s online classes but had no money. He borrowed money from a lender around 2.5 months ago and bought the gadget. However, after the lender pressured him to repay the loan, he sold his cow recently.

After his tale was viral on social media, the state administration swung into action, offering to provide relief to the family. Mr Kumar was offered his cow back but he refused, an officer told NDTV. He, however, wants his dilapidated house repaired under a central scheme and to be listed as a Below Poverty Line family.

“Kuldip Kumar wanted to buy a smart phone for his daughter’s online classes and around 3-4 months ago, he borrowed money to buy the smart phone. When the lenders wanted the money back, he sold one of his cows. When the district administration wanted to help him, he told them that he no longer requires a cow but wants that his house to be renovated. The administration has assured him that he will be helped according to norms under the BPL category,” Jagdish Sharma, a senior revenue officer, said after visiting the family.

The district administration in its spot inspection report said he is refusing the cow as he has no space to tie it up.

“The administration reached out to me but I told them that I don’t need the cow since I own two cows. I have asked them for renovating my house,” Mr Kumar said.

Last month, in Punjab, a girl had allegedly died by suicide as her father couldn’t afford a smart phone for her online education.