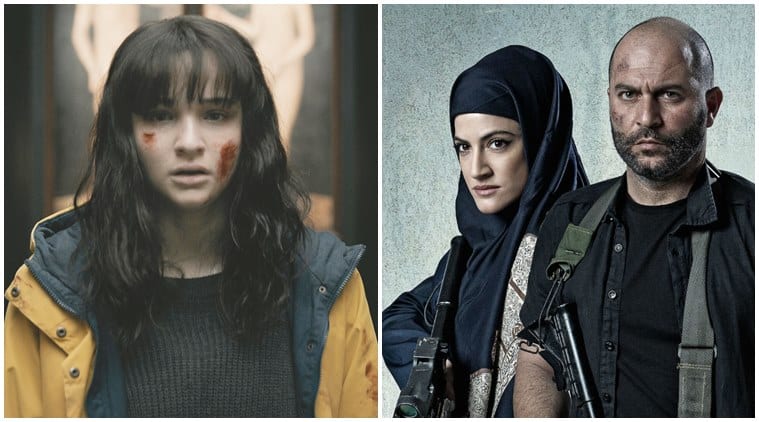 Posters of Dark and Fauda.

It’s safe to say that quite a few of us didn’t have access to any other country’s movies, shows and documentaries before the advent of OTT. However, things changed quickly with the launch of streaming services like Netflix, Disney Plus Hotstar and Amazon Prime Video. Now we can claim to have easy access to the latest shows produced by almost any country, which is certainly a strange and magical thing once you look at it from the ‘pandemic lens.’ Locked up in our rooms, we are all getting a small taste of each other’s cultures. Today, there are several such shows that have made the audience sit up and take notice of the content being produced by countries like Germany, Spain and Belgium. Let’s take a look at a few of them.

The popularity of this Netflix produced German science-fiction show is breathtaking. Today, you cannot go on social media without encountering theories and opinions about Dark. In that sense, it has become the new ‘Game of Thrones.’ However, in terms of scripts, the two could not be further apart. While GoT is, of course, a period fantasy piece, Dark is essentially a heady mix of science and lore. Spanning generations and interweaving time travel and the effect it has on the characters within its narrative, Dark is a multi-layered series that demands all your attention.

All three seasons of the show are currently streaming on Netflix.

This Spanish con drama has been brought to life by Alex Pina. Its narrative techniques, flashbacks and jump cuts add texture to the show and give it more gravitas. The performances of the cast also help its case greatly. In fact, the Money Heist mania has seized Bollywood as well as lead actor Ayushmann Khurrana recently expressed a desire to play ‘The Professor’ in an Indian adaptation of the show.

All four seasons of Money Heist are now available on Netflix.

This Belgian Netflix series’ science might not be in place, but its theatrics certainly are. The plot runs thus — a NATO solider hijacks a plane and informs the passengers that they have to flee ASAP because any exposure to sunlight would result in death. No, they are not vampires. The makers have given some hard-to-buy hypotheses to support their argument, which didn’t actually convince me. But hey, at least they got the actors right. And in any case, it is difficult to ignore that the premise of the series is thrilling. Nonsense, but thrilling. Into the Night checks the binge-worthy box, and how!

You can watch the series on Netflix.

Read |  Into the Night: A lockdown gift from Netflix

The Israeli television series Fauda is based on the makers’ own experiences of being in the forces. However, most of Fauda is stylised, over-the-top and hyper-masculine. This has obviously not deterred the viewers from absorbing its content almost greedily.

You can catch all the seasons of Fauda on Netflix.

This Spanish series is not just pure guilty pleasure, but perhaps an upgrade on the beloved American series Gossip Girl. Here too, high school themes are explored, but more fully, with specific focus on various sexual themes and class conflict. It also has a thriller element to it, which makes Elite all the more enjoyable.

Elite’s three seasons are available to stream on Netflix. It has also been renewed for a fourth and fifth season.