Iti teaser poster: The tagline of this whodunnit thriller reads, ‘Can you solve your own murder?’ and we’re officially intrigued The makers of Iti — Can you solve your own murder have just dropped the first poster of their film, and we must say that it has got us hooked from the get go, looking like a classic whodunnit thriller. Vivek beroi, who’s producing the film, said, “I instantly liked the high-concept idea that Vishal (Director) presented, and decided to back the project immediately. I’m sure it’s going to be an exciting journey with Prernaa, team Mandiraa and Girish and we hope to present an engaging piece of cinema to the audience.” Check out the Iti teaser poster of the film: Also Read – 23 Bollywood actors who took a leap beyond the silver screen and ventured into the digital space 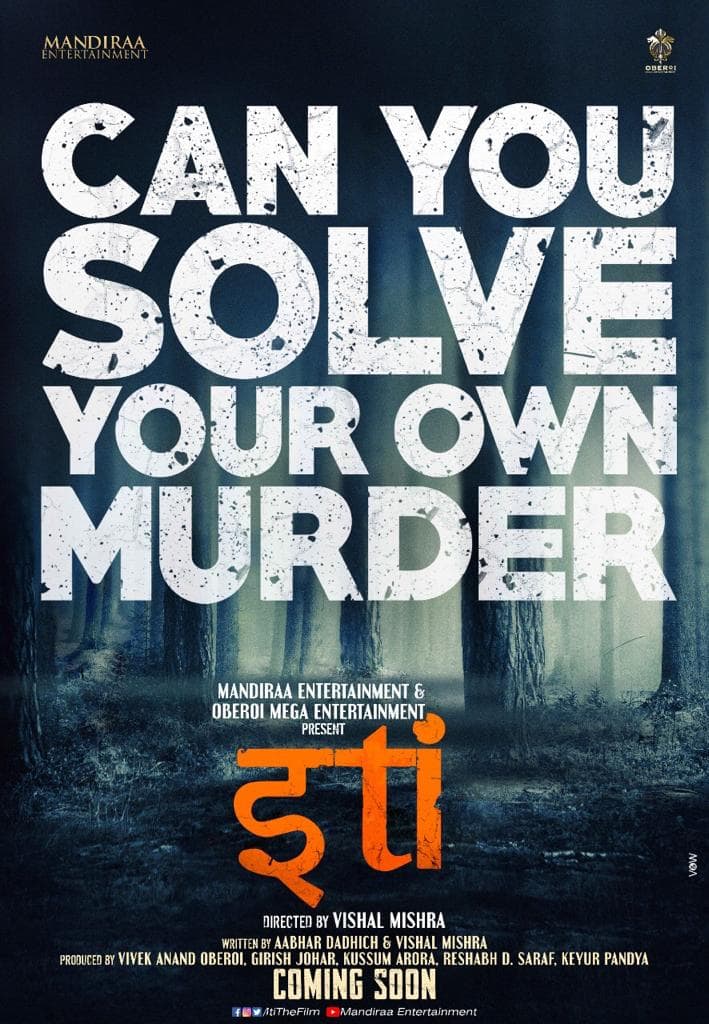 Also Read – Tuesday Trivia: Did you know before Ajay Devgn, the role of Kaali Pratap Singh from Kaal was offered to these three actors?

Writer-Director Vishal Mishra said, “I always believe in exploring new concepts. With this film, I hope to bring something new in my favourite genre, whodunnit-thriller. Prerna V Arora is a passionate producer and has a glorious box office record. And I share a very very special bond with Vivek. It feels great to collaborate with both of them.” Also Read – ‘Ik vaari phir se aa bhi jaa yaara,’ Sushant Singh Rajput gets an Amul ad tribute

On the other hand, Girish Johar, one of the producers commented, “Along with producers Kussum, Reshabh and Keyur, I am super excited and keen to share this story with our audiences. Vishal is a very gifted talent and we
are pretty sure that with this film, we have a winner on our hands.”

A spokesperson for Mandiraa Entertainment, the production house bankrolling the venture, sated, “The name is a Sanskrit adaptation of Temples, with the blessings of Tirupati Balaji, made out of love for movies and movie making, is a new venture that is set to push the boundaries of storytelling. Our temple of work. With Kussum, Reshabh, Keyur and Sanjeet at the helm, Mandiraa Entertainment is honoured to have such immeasurable talent working on its first film. The audiences need to buckle up and await the thrilling experience that’s coming their way.”

Another producer, Kussum Arora, added, “Prerna has always inspired us to fearlessly go ahead and
dream big . Along with Mandiraa Entertainment, we are doing exactly that. ITI is going to be a fantastic start for us to deliver to our audience, the best content.”

As the title suggests, Iti — Can you solve your own murder revolves around a woman who is racing against time to solve her own murder.