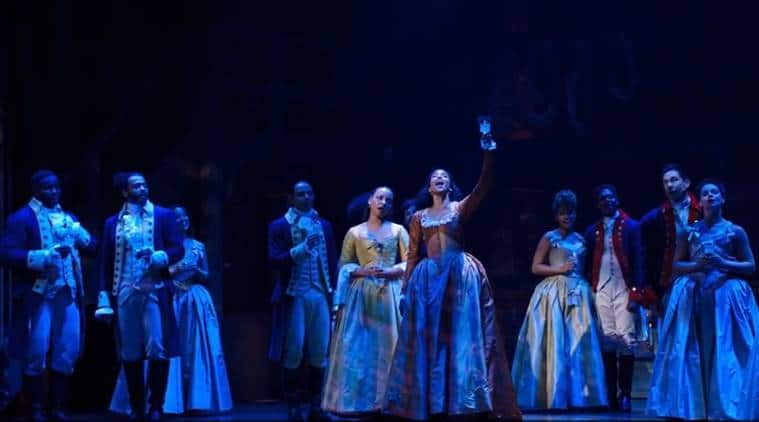 Hamilton was supposed to release in theatres in October 2021 but Disney altered its strategy in the wake of the pandemic. (Photo: Walt Disney Studios/Instagram)

American composer-actor Lin-Manuel Miranda says the movie version of his award-winning Broadway production Hamilton will be an “incredible gift” for the viewers in a world “turned upside down” by the coronavirus pandemic.

The Tony award-winning Broadway production was filmed by director Thomas Kail at the Richard Rodgers Theatre in New York City in June 2016.

Disney had acquired it in February and had planned to release it in theatres in October 2021.

But the studio altered its strategy in the wake of the pandemic that forced the closure of all the theatres, and decided to release it on its streaming service, Disney+ on July 3 this year, a day before the US Independence Day.

During a virtual press conference, Miranda explained the decision behind the film skipping the theatrical and making its debut on Disney+.

“The world turned upside down. The world changed and I think it took us a while to realise ‘Hamilton’ wasn’t gonna be playing in any theatres live in our five productions and our production in London for a long time, and that took us a minute to adjust to sort of the new timeline of the world.

“Over the course of that happening, of course, we heard not only from people who were like, ‘Hey, we hear you have a Hamilton movie. We’re all home. Would you please give it to us?’, but also from people who had tickets to see the show somewhere in the world and weren’t able to go,” he said.

Miranda, 40, has also written the musical, which is inspired by the 2004 biography ‘Alexander Hamilton’ by historian Ron Chernow.

Hamilton follows the story of the titular American Founding Father, played by Miranda, through music that draws heavily from hip hop, as well as R&B, pop, soul, and traditional-style show tunes.

The Broadway production had received a record-setting 16 nominations at the 2016 Tony Awards, eventually winning 11 awards, including best musical. It also received the 2016 Pulitzer Prize for drama.

Miranda said that the movie is an “incredible opportunity” for those who haven’t been able to witness it live on Broadway.

“It’s been an incredible gift that Tommy has been working on this movie for the past few years, like over and over. We just sort of realised this is an incredible opportunity. We always said we wanted to democratise the world seeing this company doing this show.

“It just felt like a good opportunity, and it happens almost exactly on the five-year anniversary that we filmed it, which is even more extraordinary,” he said during the virtual press conference with global media, including PTI.

Actor Daveed Diggs, who essays the role of Marquis de Lafayette and Thomas Jefferson, said the movie is a rare opportunity for those people who have been trying to watch it on Broadway but just couldn’t afford it.

“I think one of the things that we were always running up against on Broadway is how prohibitive Broadway was for a lot of people. Folks just could not afford the ticket and even if you could, or even if there was a way to, there are only so many seats.

“As a company and an entity, we were in a constant battle with the resale market and all like trying to do things just to get people to see the show. Lin and Tommy had the brilliant idea of blocking off the street to bring Hamilton to as many people as possible,” he said.

Director Kail explained how the whole movie version of the production came about. He said the film was recorded across three days in June 2016.

“We shot the whole thing in three days — June 26th, June 27th and June 28th of 2016… So the shows that we did with an audience did not stop as the cameras were positioned in the audience. The audience sat around them, but all the cameras were in the house or on stage, and we just ran the show as we always did,” he said.

Kail said his only aim during the filming was to honour the crew of “Hamilton” and he wanted to present to the audience what it feels like to experience the show in a live theatre.

The show will be available in India on Disney+Hotstar Premium.