From turning barbers to clicking candids, here’s how Bollywood couples have given us couple goals in times of Coronavirus 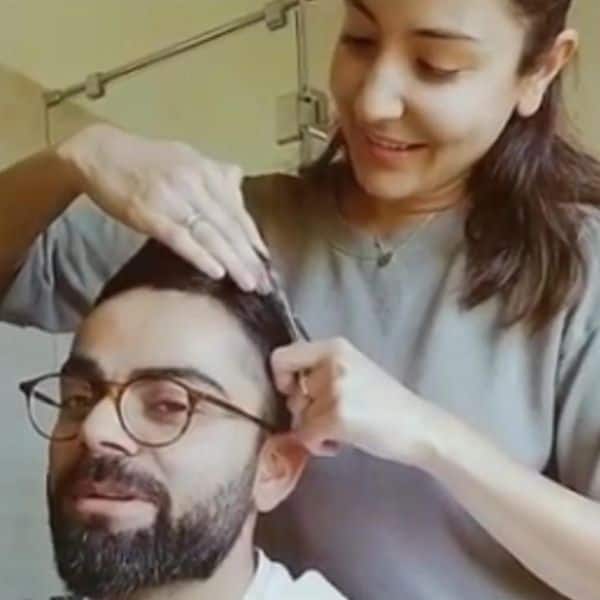 These are trying times. It’s been more than three months since the nationwide lockdown was imposed. While Unlock 1.0 was announced, and restrictions were eased, there is little respite in the number of cases. The one good thing about this phase (which seems unending right now), is that people are spending more with their families and our celebs are no exception. Here’s a look at a few of our very own Bollywood couples and what they have been up to. Also Read – Trending Entertainment News Today: Taapsee Pannu’s electricity bill, Hindustani Bhau vs. Bulbbul

Virat Kohli mimicked a dinosaur much to the amusement of Anushka and all of us. Yes, you heard that right. On the other hand, Anushka gave her a haircut and was also seen playing cricket with him. Also Read – #JusticeforJayarajAndFenix: Priyanka Chopra, Anushka Sharma, Parineeti Chopra and other celebs react on the horrific Tamil Nadu deaths

Deepika Padukone has clicked Ranveer while he was fast asleep (hope he was not acting) and gave it a hilarious caption. PDA is also going good with them exchanging hugs and kisses.

Ranbir Kapoor has turned Alia Bhatt’s photographer and we must say that he’s damn impressive. They even shot each other for a short film during lockdown. Multi-talented partners are always good, no?

Kareena Kapoor joined Instagram recently and thank God for that. She’s been posting candid pics of Saif and Taimur apart from other updates. We would never come to know about these things otherwise.

They have been sharing cute pics of them and have also been posting about their relationship milestones.

From documenting pics with their daughter to throwback outdoor pics, Kunal and Soha seem to be doing great in this phase.

They sang in a video and it was beautiful. They have also been sharing pics with their puppy.

Arjun Rampal and Gabriella Demetriades have been sharing pics and videos with their son and it’s adorable. They also filmed Arjun’s home grooming session. Stay tuned to BollywoodLife for the latest scoops and updates from Bollywood, Hollywood, South, TV and Web-Series.
Click to join us on Facebook, Twitter, Helo and Instagram.