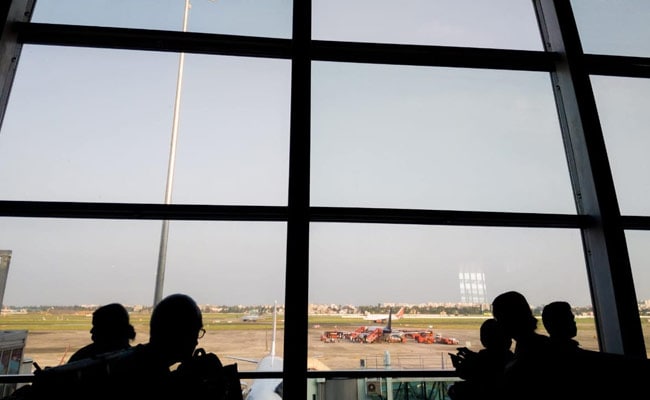 Bengal said the curbs should apply on all three airports of the state — Kolkata, Andal and Bagdogra.

Bengal, where coronavirus is surging, has decided to keep out people from outside the state especially places where the infection is rampant. The state government has written to the Centre, asking that incoming flights from eight cities be stopped for two weeks, starting July 6. The list includes Delhi, Mumbai, Pune, Nagpur, Chennai, Indore, Ahmedabad, and Surat, sources said. The state also asked for an overall cut-down on the number of flights, suggesting that only one flight each airline be allowed per week from July 6 to 31.

The curbs, it said, should be applicable in all three airports of the state — Kolkata, Andal  and Bagdogra.

“West Bengal is also witnessing a steep rise in cases. A large number of cases has been reported from people coming in the State from outside with infection. Government of West Bengal has decided to stop or curtail movement of incoming flights and trains into the State,” the letter read.

Bengal has had more than 17,000 cases of coronavirus, where the maximum numbers are from Kolkata, adjoining Howrah and the district of North  24 Parganas.

With more than 80,000 cases of coronavirus, Delhi has the second highest numbers in the country, next to Maharashtra, where the bulk of 1.74 lakh cases are reported from Mumbai. Tamil Nadu has the third highest number of cases, a chunk of which ae located in state capital Chennai.

Earlier, several states including Karnataka and Tamil Nadu had imposed restrictions on people coming from Maharashtra or other states where the infection rate was high.

But the latest guidelines — announced to roll out the second phase of unlocking the country yesterday — the government had barred such a move.

While states and Union Territories, based on their assessment of the situation, may prohibit certain activities outside the Containment zones, or impose such restrictions as deemed necessary, “There shall be no restriction on inter-State and intra-State movement of persons and goods”, the Centre said.

“No separate permission/ approval/ e-permit will be required for such movements,” the guidelines read.