Over 6 Hours Of Fear As Cyclone Amphan Ripped Through Kolkata: Videos 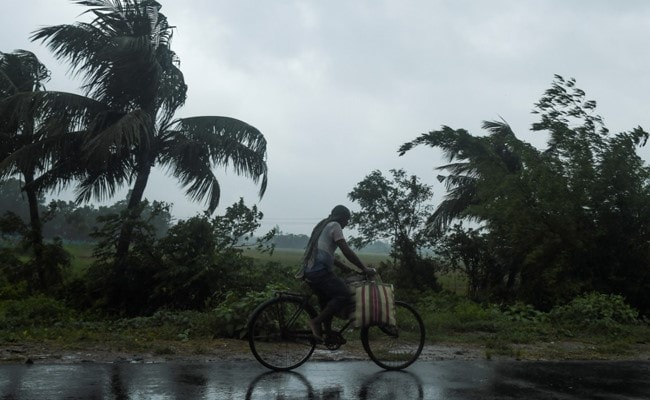 With monstrous winds, Cyclone Amphan roared into Bengal today at around 2.30 pm. Wind speeds going up to 120km/hr and heavy rain were enough to cause widespread destruction across the state. Kolkata was severely battered; each blow of the cyclone leaving behind a trail of wreckage.

Social media had many videos to offer. Locked up in their houses, people shared various videos – scary and terrifying – to show the devastation that Cyclone Amphan brought to the West Bengal capital. Three people have died in Bengal as Cyclone Amphan hammered the state.

Parked cars bump into each other at a south Kolkata highrise, an electrical transformer blasts, and many trees were ripped out of the ground, in dramatic videos that were widely shared on social media. Power outages have been reported from several parts of the city.

There was a short circuit on overhead electrical wires, as shared on Twitter.

Short circuit on overhead electricity cables in the suburbs of Kolkata after the landfall of #CycloneAmphanpic.twitter.com/KzKKjZEm31

P.S. This area is essentially the border of Kolkata and North 24 Parganas.#AmphanSuperCyclone#AmphanCycloneUpdatepic.twitter.com/vbL5iLwgze

Over five lakh people have been taken to shelters in West Bengal and over one lakh in Odisha, the National Disaster Response Force (NRDF) chief said today in a press briefing.

The cyclone is passing mainly over North and South 24 Parganas, Midnapore, Hooghly, and Kolkata.

Cyclone Amphan is only the second “super cyclone” to form over the Bay of Bengal since records began, and the first since 1999. Odisha was hit by a super cyclone that left nearly 10,000 dead in 1999.