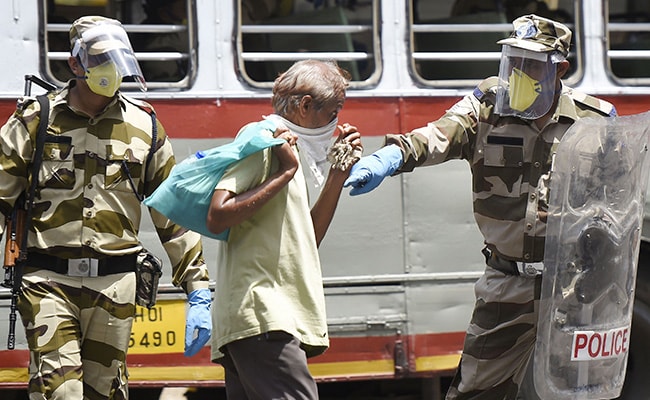 With 64 deaths due to the pandemic reported during the day – 41 of them in the worst-hit city of Mumbai – the number of fatalities in the state rose to 1,454, officials said.

This was the fifth consecutive day when the state reported more than 2,000 new coronavirus cases.

“With this, the state has reported more than 10,000 cases in just five days,” an official said.

On May 17, the state had reported 2,347 cases of COVID-19, the highest single day figure so far. Thursday’s number is the second highest so far.

Of the 64 new deaths, 41 were reported from Mumbai, nine from Malegaon, seven from Pune, three from Aurangabad, two from Navi Mumbai and one each from Pimpri Chinchwad and Solapur, he said.

A total of 1,408 patients were discharged from hospitals, taking the tally of recovered patients to 11,726, the official said.

Pune city, another coronavirus hotspot, has reported 4,207 cases and 222 deaths so far, he said, adding that the number of patients in the entire Pune division stands at 5,371. It has reported 264 deaths.

Nashik division has recorded 1,425 cases and 94 deaths, followed by the Kolhapur division with 357 patients and five fatalities, he said.

The tally of coronavirus cases in Aurangabad stood at 1,297 with 40 deaths.

Latur division, also in Marathwada, has reported 178 cases and six deaths so far, he said.

The number of patients reported so far in Akola is 641 where 34 deaths have been recorded, the official said, adding that the tally in Nagpur is 474 with seven deaths.

A total of 48 people from other states are currently receiving treatment in Maharashtra and 11 of them have succumbed to the infection so far, he added.

The number of active containment zones in the state stood at 1,949 and 15,894 health squads have completed surveillance of 64.89 lakh people, the official said.

Around 4.37 lakh people are currently placed under home quarantine and another 26,865 under institutional quarantine, he added.