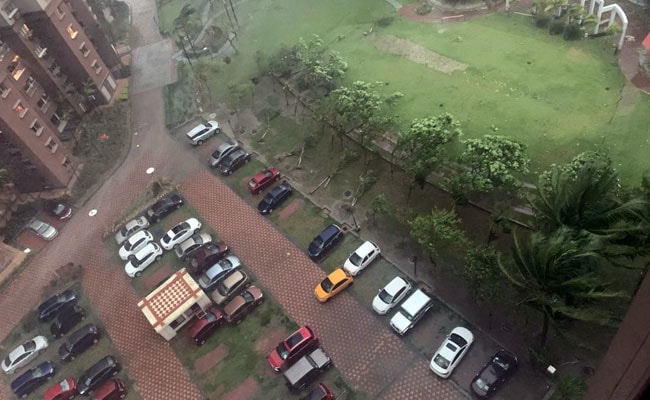 Cyclone Amphan: Kolkata residents have shared several videos that show the impact of the cyclone

Parked cars bump into each other, heavy rain and strong winds pound Kolkata as Cyclone Amphan battered the West Bengal capital today, videos show. Winds with over speeds of 100 km/hr have hit Kolkata and nearby areas accompanied by heavy rain as Cyclone Amphan made landfall today towards Sunderbans, a marshy region.

Citizens have shared several videos and photos shot from their houses that show the impact of the cyclone. Parked cars banged into each other due to the powerful winds show visuals from South City Apartments – a highrise in the city’s south.

“It’s actually quite scary now. Winds were howling for quite sometime, now doors are banging, several of the glass windows in my apartment complex have broken. You can actually see the wind whirling around and the rain going up,” Arnab Basu told NDTV.

The India Meteorological Department warned of possible flying objects, “extensive” damage to communications and power lines, and trees being ripped out of the ground.

Over five lakh people have been taken to shelters in West Bengal and over one lakh in Odisha, the National Disaster Response Force (NRDF) chief said today in a press briefing. The cyclone reached Kolkata this evening.

Evacuation is complicated by the need to follow precautions to prevent the spread of coronavirus.

The cyclone is passing mainly over North and South 24 Parganas, Midnapore, Hooghly, and Kolkata. It is shaped like a ring around the eye of the storm – with strong winds circulating in anti-clockwise around the eye.

As the fiercest cyclone in decades rattled Bengal and Odisha, Bangladesh reported its first death due to Amphan.

Cyclone Amphan is only the second “super cyclone” to form over the Bay of Bengal since records began, and the first since 1999.