I Appeal To You, Ask For This For Migrant Workers – By Yashwant Sinha

Everyone not only in India but across the world now knows the plight of migrant workers. This has done incalculable harm to our international image. But that does not prevent the government from beating its own drum and publicising its non-existent achievements. The 20-lakh crore package, declared by the Prime Minister and explained by the Finance Minister over five days, turned out to be a chimera and as I said in a tweet, only rubbed salt into the wounds of the poor. It is not only a flawed package, it is a fraud package. The Finance Minister was so heartless that she did not even mention the migrant workers in her first presser and when she did mention some pittance for them in the second, she did not condole their deaths in road accidents, on a train track, or out of sheer exhaustion after reaching their destination. Such scenes of people walking on roads or using whatever means of transport available to them have perhaps not been witnessed in the country after Partition. Their suffering is heart-rending, their pain unbearable and their plight unacceptable. This tragedy has been unfolding over the last two months and what started as a trickle has become a flood. 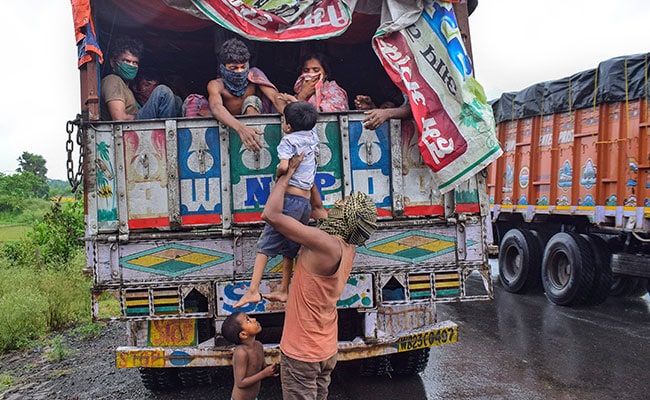 Thousands of migrants, desperate to go home, have been walking on highways, or cycling or riding on trucks

The government of India and the government of India alone is responsible for creating this mess. Firstly, it should have anticipated the fallout of the lockdown, announced without proper planning on March 24. Secondly, it should have ensured its proper management once it hit all of us with such force. Third, in order to contain the spread of the virus, it should have ensured that the workers stayed where they were, except those who move seasonally to their native places at this time of the year. It should have known that its lockdown order would lead to the immediate closure of the six crore micro and small industrial units spread all over the country where these workers were employed. It should also have known that in the absence of resources, employers would not be able to pay the wages of these workers and that a mere diktat to do so would not help. The government has now withdrawn that order, recognising its folly.

All the migrants did not decide to leave suddenly. They started leaving only when they exhausted whatever little savings they had, found no help was forthcoming from the authorities and had no alternative to dying of hunger. The state governments helped to the extent they could, but that was not enough. Helping states with funds and food grains specifically for these workers should have been the first decision of the government of India. It should have also ensured that the wages of these workers for the month of March and all subsequent months were paid to them, that enough rations reached them and medical help was provided wherever needed in order to persuade them to stay back. But the government of India did nothing of the sort. It just abandoned them. The workers were left with no choice except to start going back, mostly by foot. This sorry spectacle goes on and now under a well-thought-out political move, the government of India and the BJP are targeting state governments by putting all the blame on them. In the meanwhile, we see with monotonous regularity the huge congregation of these workers at places where they see some hope of being able to get some transport to take them home. There is no discipline, no physical distancing and jostling of the worst kind which is an open invitation to the virus to infect those who are still healthy. The rules of the lockdown are in tatters. The lockdown left lakhs of migrants and daily wagers without jobs, money, food or shelter

When I realised that the 20 lakh crores, raised to nearly 21 lakh crore by an enterprising Finance Minister through an aggregating exercise, had nothing by way of immediate relief for the poor migrant workers, I decided that something had to be done to draw the attention of the authorities to their plight. I discussed the issue with a few like-minded friends and we all came to the conclusion that if the government of India, even at this late stage, were to deploy the armed forces and the paramilitary forces to take the workers home, the following could be ensured immediately: one, discipline would be restored at once as people have faith in the armed forces; two, the armed forces have their own resources and with the help of the civilian authorities, they could commandeer whatever civilian resources were available including trains; three, they would have be able to provide in a proper manner food, water and medical help to the workers; and four, take the workers home in the shortest possible time. I am sure the armed forces would have done this in 24 to 48 hours and there would not be a single worker left on the road, hungry and helpless. The government of India thought of using the armed forces to honour the frontline workers fighting Covid, even showering flower petals on them from helicopters and rightly so; it could surely ask them to help tide over this crisis.

I say this with a degree of regret. The Indian administration has always responded effectively to the many crises the country has faced in the past. If it has failed in the present case, it can only be because of lack of political guidance. 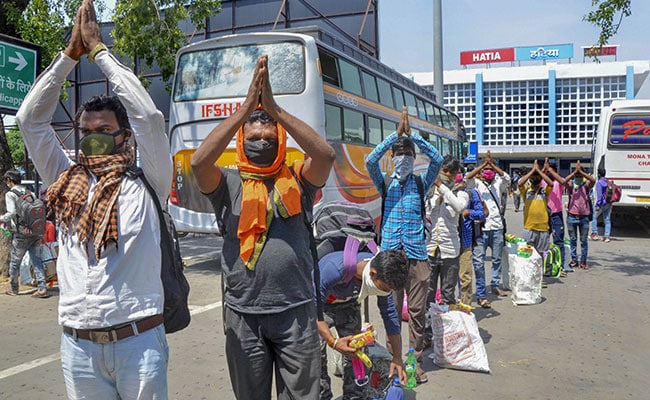 So, I wrote about handing over the problem to the armed forces, spoke about it in some interviews and tried my best to bring it to the notice of the government. Unfortunately, my pleas fell on deaf ears. Left with no recourse, I decide to sit on dharna at Rajghat on May 18 to once again attract the attention of the government. There were only a few of us because social distancing had to be maintained. We started our dharna at 11 am. Some policemen hung around, made casual enquiries and hoped that an old man like me would demonstrate symbolically and leave when the weather became hotter. But we carried on. Nagmani, a former union minister, was there from the beginning. We felt strengthened when Sanjay Singh, MP of the Aam Admi Party and two of his MLAs joined the dharna with some of their friends. Manoj Jha, MP of RJD, and Ravindra Manchanda of SJP also arrived. It started to get  dark. The police requested us to then lift the dharna and leave. We were in no mood to oblige them. Left with no recourse, after 11 hours, they finally decided to arrest/detain us. We were taken to the Rajinder Nagar police station and released an hour later after a cup of tea. The policemen were nice and courteous; they did not register a case and did not insist on any personal surety or bond. We were in no mood to offer this either.

So the dharna has ended, the problem remains. My fear is that the mobs are getting restless and angry. We have witnessed unrest among the workers, there have been law and order problems, and if our society does not wake up and force the government to call in the armed forces to quickly resolve the problem, the situation will go out of hand and none of us, staying comfortably in our homes, will be safe. I plead with you to speak up.

“Don’t Have Many Sheep To Produce Cotton”: Singapore Minister’s Gaffe