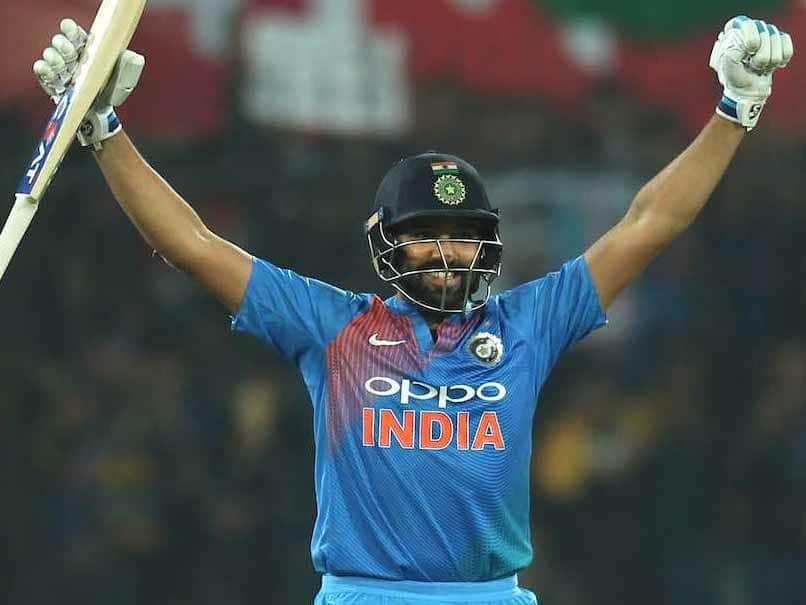 Indian opening batsman Rohit Sharma on Monday revealed that former cricketer Yuvraj Singh wanted him to score more runs and break Virender Sehwag’s then-record for the highest ODI score. Rohit had played a knock of 209 against Australia in 2013 in the final ODI to guide India to a series win over Australia. Sehwag had scored the then highest individual ODI score of 219 runs in 2011 against West Indies in Indore. Rohit was on an Instagram live session with spinner Ravichandran Ashwin when the right-handed batsman was asked to talk about his first ODI double century.

“When I went back after scoring the double-century, someone was telling me that if you would have batted another over or so you would have broken Virender Sehwag’s record also,” Rohit said.

“The expectation in the dressing room is really high. There were three or four guys who wanted me (Rohit) to score 10 or 15 more runs, Yuvi (Yuvraj Singh) was one of them and maybe Shikhar Dhawan too,” Rohit jokingly recalled during the Instagram live session with Ashwin.

In the match against Australia in 2013, India was batting first and Rohit was slow off the mark and he took his time in building the innings.

However, as soon as he got the scheme of things, Rohit started to go after the spin bowlers and in no time went past the 100-run mark.

After reaching his century, he shifted gears and went on to bring up his first double-century in ODIs. He went on to play a knock of 209 off just 158 balls.

This innings helped India post 383 runs on the board, and the effort helped the side win the match by 57 runs.

Rohit is the only player in the world to have three double-tons to his name in ODI cricket. He also holds the record for the highest individual score in the 50-over format for his knock of 264 runs against Sri Lanka at the Eden Gardens.

Rohit and Ashwin would have been in action for the Mumbai Indians and Delhi Capital respectively had the Indian Premier League (IPL) commenced from March 29.

Rohit Sharma Furious Over Killing Of Pregnant Elephant In Kerala