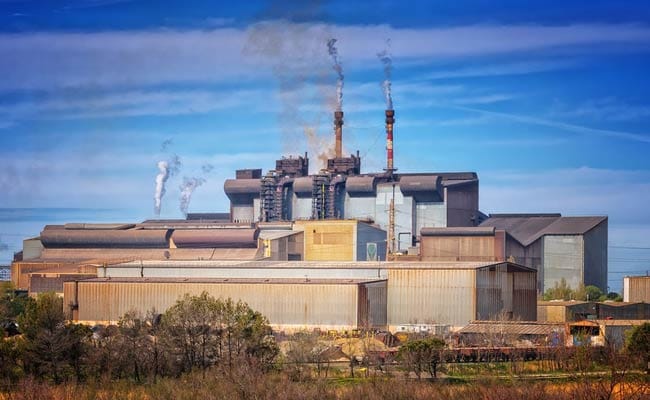 Four Indian corporations are among over 150 global companies that have signed a statement urging governments around the world to align their COVID-19 economic aid and recovery efforts with the latest climate science that prioritises a faster and fairer transition from a grey to a green economy.

The statement is the largest ever UN-backed CEO-led climate advocacy effort and has signatories from 155 companies with a combined market capitalisation of over USD 2.4 trillion and representing over five million employees.

“As countries work on economic aid and recovery packages in response to COVID-19, and as they prepare to submit enhanced national climate plans under the Paris Agreement, we are calling on Governments to reimagine a better future grounded in bold climate action,” the joint statement said.

Noting that the corporations remain committed to do their part to achieve a resilient, zero carbon economy, the top executives urged governments “to prioritise a faster and fairer transition from a grey to a green economy by aligning policies and recovery plans with the latest climate science.”

“We must move beyond business-as-usual and work together in solidarity to deliver the greatest impact for people, prosperity and the planet,” they said adding that in order to recover better from COVID-19, the corporations will continue to demonstrate that the best decisions and actions are grounded in science, invest in recovery and resilience for a systemic socio-economic transformation and work with governments and scale up the movement.

“If we work together, these efforts will help reduce vulnerability to future shocks and disasters, and build community resilience. A systemic shift to a zero-carbon and resilient economy is within our reach – our only future depends on making this vision a reality,” the statement said.

“Saving lives and livelihoods, and building a prosperous, inclusive and sustainable future, are at the heart of our efforts to recover from COVID-19. We can beat the virus, address climate change and create new jobs through actions that move us from the grey to green economy.”

Many companies are showing us that it is indeed possible and profitable, to adopt sustainable, emission-reducing plans even during difficult times like this.”

The statement comes as governments around the world are preparing trillions of dollars worth of stimulus packages to help economies recover from the impacts of the coronavirus pandemic, and as they prepare to submit enhanced national climate plans under the Paris Agreement.

In the coming weeks, several major economies will take key decisions in their recovery efforts, including the European Union Recovery Plan, new stimulus packages from the United States of America and India, and the G7 Heads of State summit in June.

The business voices are convened by the Science Based Targets initiative (SBTi) and its Business Ambition for 1.5~CHECK~C campaign partners, the UN Global Compact and the We Mean Business coalition.

The SBTi, which is a collaboration between CDP, the UN Global Compact, World Resources Institute and WWF, independently assesses and validates corporate climate targets against the latest climate science.

A joint press release by the Science Based Targets initiative, the UN Global Compact, and the We Mean Business coalition said the 155 companies have already set, or committed to set, science-based emissions reduction targets.

By signing the statement, they are reaffirming that their own decisions and actions remain grounded in science, while calling on governments to “prioritise a faster and fairer transition from a grey to a green economy.”

Policy and spending that incorporates climate targets will reduce vulnerability to future shocks and disasters, create good jobs, reduce emissions and ensure clean air, according to a study from Oxford University.