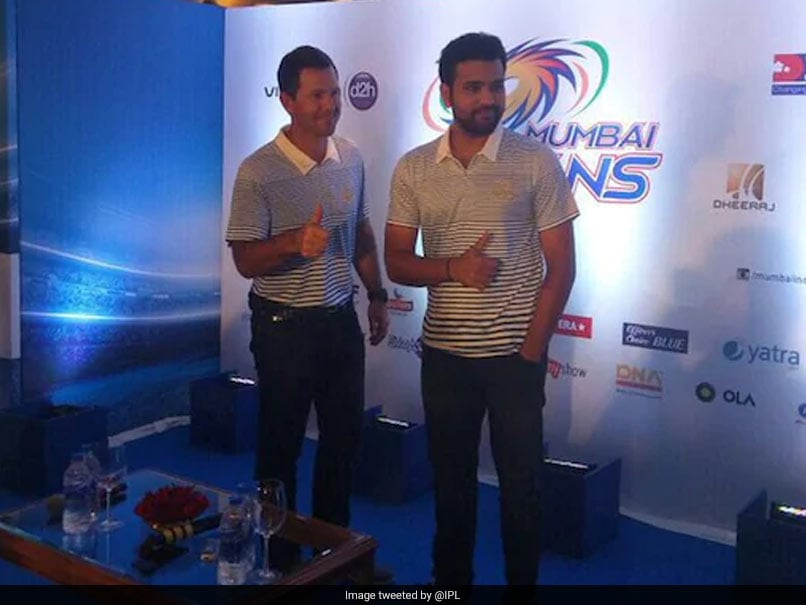 Opening batsman Rohit Sharma on Monday heaped praise on Ricky Ponting, saying that the former Australian skipper is from another planet and knows how to bring out the best in everyone. Rohit was doing an Instagram Live session with spinner Ravichandran Ashwin when the right-handed Rohit was asked to talk about the leadership stint with the Mumbai Indians.

“I feel Ponting is a guy from another planet. He knows how to bring out the best in someone. He has won two World Cups for Australia. So he knows how to win Championships,” Rohit told Ashwin.

“In 2013, we got Ricky Ponting in the auction. In 2012 Sachin paaji said that he would not lead Mumbai Indians and Bhajju paa (Harbhajan) was made the skipper. But in 2013, I don’t know why Bhajju paa wasn’t the captain. And I thought I will be made the captain, but then Ponting was bought in the auction,” said Rohit.

“Ponting was the first one to arrive in India for the 2013 season. He wanted to understand everyone. He said that he wanted to have a team bonding session first. In a way, it made a very positive impact on everyone. Ponting really motivated the younger guys,” he added.

Ricky Ponting was the coach of Mumbai Indians for three seasons and Rohit spent a lot of time with the former Australian skipper.

Rohit further talked about how Ponting stepped down as the skipper after not scoring runs in the first six matches of the IPL 2013.

“But then he was not scoring runs, he decided to step down as the skipper, but eventually Ponting called me and I was given the captaincy. Ponting actually was player-cum-coach during the 2013 season. He was always there to help me,” Rohit said.

Mumbai Indians defeated Chennai Super Kings by one run in the final of the 2019 IPL.

All the title wins have come under the leadership of Rohit. He would have been in action for the Mumbai Indians had the IPL commenced from March 29.