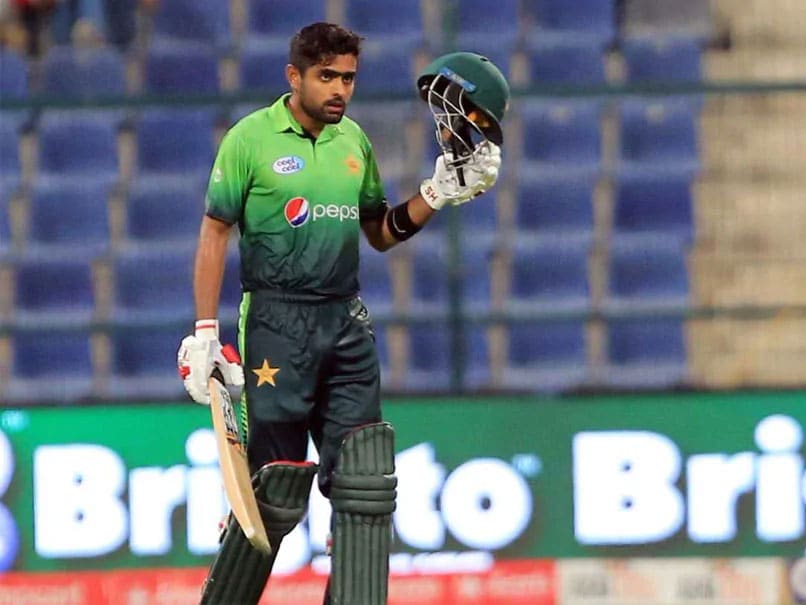 Babar Azam’s rise was further reaffirmed when the Pakistan Cricket Board (PCB) appointed him the captain of the ODI and T20I teams last week. Babar Azam has been Pakistan’s most prolific batsman in recent times. His meteoric rise in the past year or so has seen climb to the top of the ICC Men’s T20I Rankings, while he is also highly-placed in ODI (3rd) and Test (5th) rankings as well. Former Pakistan pacer Tanvir Ahmed, however, feels scoring runs and leadership skills are not the only things that make a good captain.

Tanvir Ahmed, who played five Tests, two ODIs and a T20I for Pakistan, came up with a bizarre list of things that Babar Azam needs to work on, to become a complete captain.

In a video posted by Saj Sadiq, a Pakistani cricket writer, Ahmed said Babar Azam needs to “improve his English, work on his personality and change his dressing sense”.

Tanvir Ahmed via Youtube says Babar Azam needs to improve his English, work on his personality and change his dress sense”

However many probably will feel as long as he’s scoring runs and doing well as skipper, it doesn’t matter how good his English is or what he wears”#Cricket pic.twitter.com/mDfNl5DwEl

Twitter users didn’t take too kindly to the comments made by Tanvir Ahmed and took him to the cleaners.

What do you need to be the skipper of the team?

Babar azam is a cricketer not a model

Babar Azam is playing cricket not auditioning for Hollywood

Who is Tanveer Ahmed????

Tanveer Ahmed would become another Sikandar Bakht once he is grown up.
Is he expecting Babar to do a news bulletin on BBC? This is strange mindset.

This really explains why Tanvir never made it as a cricketer… he spews cynicism. Meanwhile Babar Azam has made a global fanbase that transcends nationalities and languages. He doesnt need to listen to useless armchair criticism of a complexed person.

Lol look who’s talking?
A guy who barely played 10 matches for Pakistan is trying to teach someone who has been serving Pakistan well.

With time everyone learn and English is not something which will help improve his game. If one doesn’t have anything good to say better to shut the hell up.

Absolutely, I don’t know why people are so obsessed with English as if it is the only thing that matters. I think Babar Azam’s bat is a language itself and it is speaking really well and attracting everyone around the world.

Babar Azam made his Test debut in October 2016 and has gone on to play 26 matches for his country in the longest format. He has five Test hundreds, 13 fifties and averages 45.12.

But the stylish right-hander has really excelled in the shorter formats of the game.

India superstar Virat Kohli and Babar Azam are the only two players to boast an average of above 50 among players that have played over 30 T20Is.