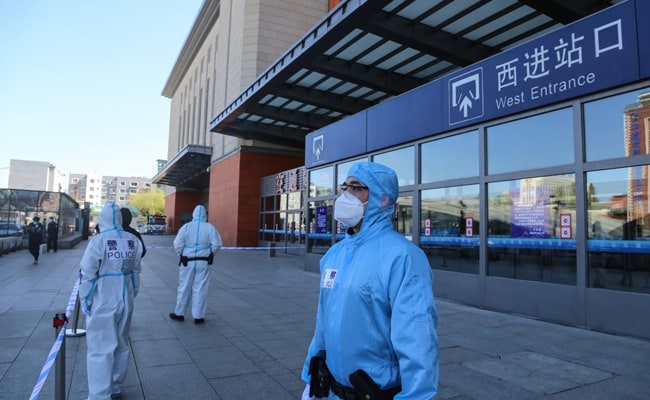 The pandemic is the handiwork of The People’s Republic of China, Bar Association said (File)

The All India Bar Association on Sunday wrote to Prime Minister Narendra Modi to amend Section 86 of the Civil Procedure Code, which restricts the scope of a citizen to sue a foreign government, enabling the filing of lawsuits against China to seek damages for the COVID-19 pandemic.

Terming the pandemic a “handiwork” of China, President of the Association Adish C Aggarwala said the government should bring an ordinance to amend the CPC Section which will enable Indians to seek damages from China for the disease that has brought the economy to a grinding halt and claimed 2,752 lives.

“The pandemic is the handiwork of The People’s Republic of China. The virus is the creation of its laboratories under orders of the government which is now trying to cover its tracks,” he alleged.

The virus, developed with a remarkable ability to mutate, spread and afflict, and with unprecedented rate of mortality, has been deliberately and consciously wreaked upon the world by the Government of China, as part of its design, he alleged in the letter.

In his letter to the Prime Minister, Mr Aggarwala, a senior Supreme Court lawyer and President of International Council of Jurists, said according to section 86 of CPC of India no foreign State may be sued in any court otherwise competent to try the suit except with the consent of the Central Government certified in writing by a Secretary to that Government.

“It should be noted that above provision allows suits to enforce contractual obligations in respect of trade activity in which a government is engaged but not for damages for commission of tort. There is no logic underlying this distinction,” he said.

A law which tends to take away, completely, the capacity of a person to canvass his rights, is itself a nullity, he said.

“As the law stands today, there is no other remedy available to an individual against the State of China. An individual can also not approach, directly, the International Court of Justice for seeking damages,” he said.

The Doctrine of State Immunity–countries enjoying protection from being sued in courts of other countries –applies on those who have signed and ratified the United Nations Convention on Jurisdictional Immunities of States and their Property (“Convention”).

He said India having signed the Convention on January 12, 2007 is yet to ratify it. China too is a signatory but did not ratify it, he said.

Mr Aggarwala in the absence of ratification India is under no obligation to exempt China or any other country from being prosecuted or sued in India for any for any violations.

“Any citizen will be entitled to sue in India once CPC is amended. At International level, anyone can approach only United Nations Human Rights Council. No other court or Tribunal for this purpose,” he told PTI over phone.