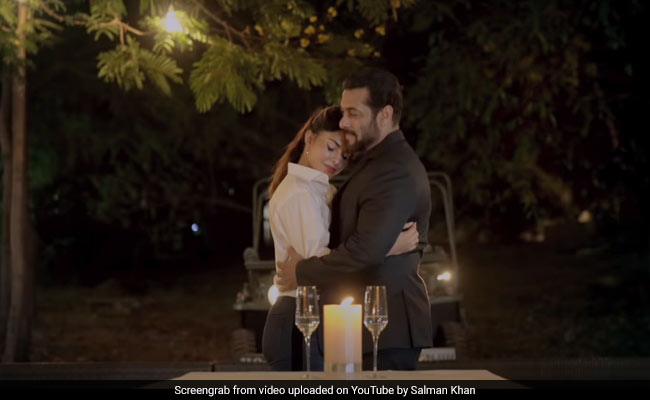 Salman Khan released the teaser of his new single Tere Bina on social media on Sunday afternoon. The video also stars Jacqueline Fernandez, who is currently staying at the actor’s farmhouse in Panvel. Tere Bina has been sung by Salman Khan and has also been directed by him. The lyrics are by Shabbir Ahmed and it has been composed by Ajay Bhatia. The video, which comprises some stunning visuals, has been shot at Salman’s farmhouse. The duo are seen spending quality time together away from the hustle bustle if the big city. The teaser ends with a date setting of sorts, where Jacqueline and Salman can be seen embracing.

Sharing the teaser on his official YouTube channel, Salman Khan wrote in the description: “Life is incomplete without that special someone, who lights up every moment of life. With them every step is an opportunity and every day is a new beginning. Watch the teaser of my upcoming song, Tere Bina.”

Check out the teaser of Tere Bina here:

On social media, Salman shared a super cute poster of the song, featuring Jacqueline and wrote: “Wishing all mothers a very happy Mother’s Day.” Take a look at the poster here:

Salman and Jacqueline have co-starred in Kick, Race 3 and will reportedly share screen space in Kick 2. On the work front, Salman Khan was seen as the host of the TV reality show Bigg Boss 13. He will next be seen in Radhe: Your Most Wanted Bhai. Dabanng 3 remains his last release.