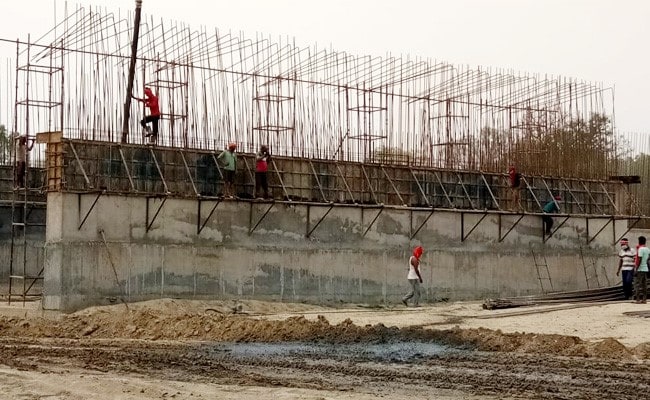 The state government cleared the ordinance on Wednesday.

Around 48 hours after the Uttar Pradesh government cleared an ordinance to exempt businesses in the state from a majority of labour laws prompting criticism from the opposition parties, a senior minister on Friday defended the move calling it “pro-worker”. The ordinance has “opened up the possibility of attracting new investment and of reviving defunct industries,” amid coronavirus pandemic, Labour Minister Swami Prasad Maurya said on Friday.

“Those shedding crocodile tears do not know that we have opened up new avenues of investment while keeping in mind the interests of workers. We have opened up the possibility of attracting new investment and of reviving defunct industries. We want that migrant workers returning to UP to get employment here and that is why we have brought this ordinance,” Mr Maurya said.

On Wednesday, the state cabinet gave its nod to the ”Uttar Pradesh Temporary Exemption from Certain Labour Laws Ordinance, 2020” that exempts factories, business establishments and industries from the purview of all but three labour laws and a provision of another legislation for three years.

Some of the labour laws that now become defunct in the state include those related to working conditions of workers, trade unions, contract workers and the settlement of industrial disputes. However, laws related to bonded labour, timely payment of wages, and defined working hours continue to stay.

On Friday, Congress general secretary Priyanka Gandhi and SP chief Akhilesh Yadav had both accused the BJP government in UP of taking “anti- poor” decisions.

In a tweet, Priyanka Gandhi said, “The changes made in the labour laws by the UP government should be cancelled immediately. You are not ready to help the labourers. You are not giving any protective cover to their families. Now you are making laws to crush their rights. The labourers are makers of the country, not your hostage.”

Former Chief Minister Akhilesh Yadav tweeted: “The BJP government in UP, through an ordinance, has exempted industry from labour laws, which saved workers from exploitation, for three years. This is highly objectionable and inhuman. This anti-poor BJP government which could not patronise labourers should immediately resign.”