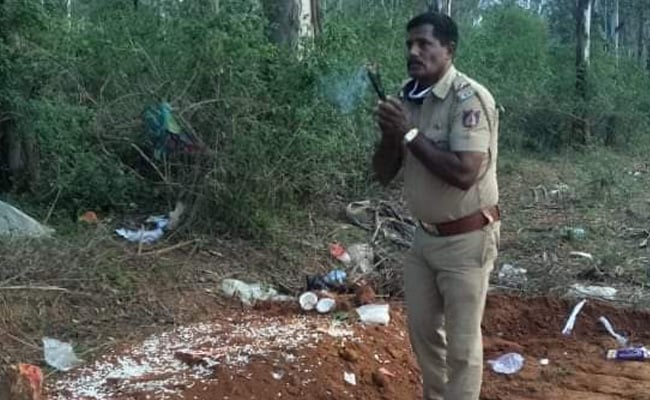 Policeman Madegowda was seen holding incense sticks and praying before the man’s grave.

Three policemen in Karnataka, in an unusual gesture, performed the last rites of a mentally challenged man earlier this week after his family members refused to carry out the last rites fearing they’ll catch coronavirus.

The 44-year-old man was trampled to death by a wild animal four days ago in the border district of Chamarajanagar district near Mysore. The area has frequent cases of human animal conflicts.

After the postmortem, his family in a village in the district refused to take the body.

Assistant Sub Inspector Madegowda and two other cops ensured that the man got dignity in death. They performed his last rites at a Hindu cemetery in Chamarajanagar. There was no priest present.

The three policemen dug a grave in the cemetery. It was Madegowda who brought a white cloth to cover the body. With the help of the two other cops, he buried the man in the grave. An earthmover filled the grave with soil.  Madegowda was seen holding incense sticks and praying before the man’s grave.

Yediyurappa Sends Eid Greetings, Thanks Muslims For Support Amid COVID-19