“12 Years Of Bhootnath”: Big B Shares An “Amazing” Fact From “Agneepath” 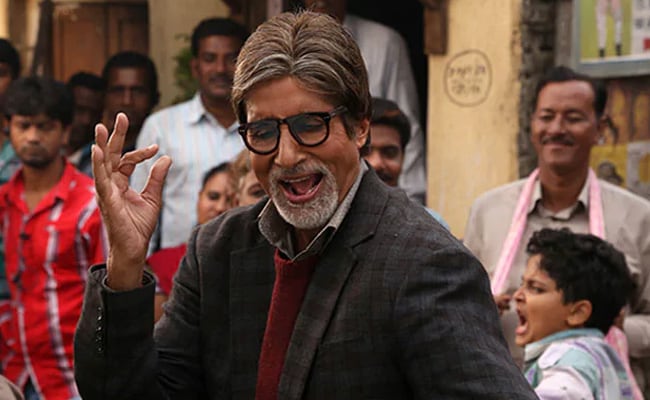 Amitabh Bachchan in a scene from Bhootnath.

Amitabh Bachchan‘s 2008 film Bhootnath clocked 12 years on Saturday. Celebrating the comedy-horror film, Amitabh Bachchan shared a snippet featuring his character from the film. In the picture, Amitabh Bachchan, in his Bhootnath persona from the film can be seen posing for the camera, while Big B edited the picture collage with his customized thumbs-up emojis. Sharing the picture, Big B wrote, “12 years of Bhootnath.. kids still call me Bhootnath uncle.” However, there’s more to that – Big B also shared an interesting fact from his 1990 film Agneepath‘s first shot which syncs with the film and his character’s name in Bhootnath. Big B further added, “But someone just discovered something amazing .. in Agneepath – my film, there is a shot of me entering the prison and shooting dead one of the prisoners.. on the wall of the prison cell was written in chalk the word Bhootnath.. Agneepath was made years before.. how did this happen.” He urged his fans to watch the scene. “if you have a DVD or on net go to the scene and watch.. Incidentally that was my first shot for Agneepath,” he added. Take a look:

Amitabh Bachchan played the titular role in Bhootnath – a ghost who haunted Nath Villa, a huge bungalow in Goa where a family of three came to stay. He soon befriended the youngest member of the family, Aman Sharma whom he grew attached to. Bhootnath traced the lives of Aman, his mother Anjali and Bhootnath as they stayed in the villa together.

Directed by Vivek Sharma, the film was widely accepted by the critics and the audience post its release. Based on Oscar Wilde’s short story The Canterville Ghost, the film also starred Shah Rukh Khan, Juhi Chawla and Aman Siddiqui in pivotal roles.